New York has been leaping full force into the gambling world, approving new gambling locations in both the Finger Lakes region, as well as the New York City area. While New York has historically been a horseracing state, it has not been a casino gambling state. The state has been inching further toward gambling. With the expansion of gambling in New York comes the expansion of potential problem gamblers. Now there is a new treatment center available for people with gambling addictions in the northern New York region. Experts are hoping that the new center will be able to help problem gamblers get treatment for their addiction.

Gambling in the Empire State 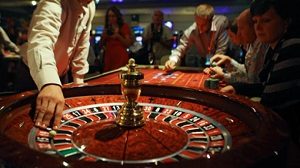 Historically, gamblers in New York were restricted to horse racing. Harness racing in New York has been popular since before the colonies became a nation. New York also is home to one of the Triple Crown races—the Belmont Stakes. Gambling on horse racing and pari-mutuel wagering is allowed in New York. The state has also operated a lottery for decades, with state and multi-state lottery games available.

The state has five tribal casinos, all owned by the Seneca tribe. For a long time, those were the only casinos allowed in the state. However, in 2013, the legislature in New York agreed to allow up to seven additional casinos in the state, with the approval of the voters. The casinos have taken a while to develop in the state. Several small casinos and racinos have been built, where people can gamble Vegas-style, or with poker rooms and slot machines only. Casino resorts are slowly being built however—the latest just opened up in Schenectady.

The Problems with Gambling for Some Gamblers 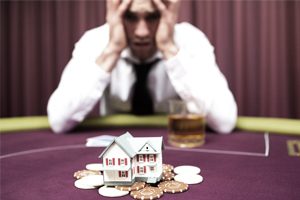 However, research reports that out of 100 gamblers, from three to five of them have a gambling problem. Gamblers who are addicted to gambling are at greater risk to become further addicted to drugs or alcohol. They may also suffer from depression. In addition, gamblers may put their personal relationships at risk in order to gamble. Gamblers may also lose their jobs, as well as their savings, and their credit ratings. In extreme cases, problem gamblers may commit crimes in order to get money to gamble.

The Problem Gambling Center will be run by the New York Center for Problem Gambling. The nonprofit organization won a $3.3 million contract to operate the center from the state’s Office of Alcoholism and Substance Abuse Services. Staff in the new center will work to establish both individual and group counseling services for people who have a problem with gambling. The new center staff will also be answering phone calls from the region that come into the hotline begun in New York for problem gamblers. In some cases, clients will be referred to local treatment programs for more intensive therapies.