With the advent of sports gaming in areas other than Las Vegas, professional sports leagues are looking at their options. The National Hockey League has been told it could see more than $200 million a year from gambling. The league could use the revenue in several ways, including sharing it with players across the league. 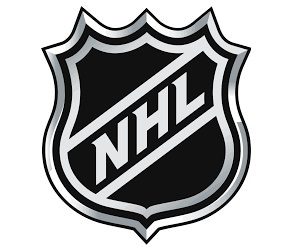 The National Hockey League has 31 teams in all. There are 24 teams in the United States and seven teams in Canada. Both the U.S. and Canada consider it to be a major professional sports league. It is the top professional hockey league in the world. Players come from Europe, Asia, and North America to play in the NHL. The trophy received by the winning team at the end of the season is the Stanley Cup. The Montreal Hockey Club received the first Stanley Cup in 1893. That makes it the oldest existing trophy in North America. The NHL is more than 100 years old. When the league began, there were only four teams – all in Canada. From those four teams, the league has expanded to many parts of the United States. This includes areas that you wouldn’t expect to see it being played, such as Las Vegas.

While the NHL has been dealing with sports gaming in Canada for many years, the league had parlay betting. This is the only type of sports betting allowed in Canada. In the United States, the only sports gambling allowed was single sports betting in Nevada. In 1992, the United States Congress passed the Professional and Amateur Sports Protection Act (PASPA). This outlawed single sports gambling in every state except Nevada. PASPA outlawed gambling on sports at both the college and the professional level. Congress wanted to protect the integrity of the sports, especially football and basketball.

New Jersey sued the U.S. government for the right to have sportsbooks in its casinos. It said the U.S. Constitution did not prohibit or allow gambling, so Congress can’t control gambling in the states. The U.S. Supreme Court agreed that regulation of gambling should be up to the states and struck down the law. The states of New Jersey, Delaware, Pennsylvania, West Virginia, and Mississippi quickly legalized sportsbooks through their casinos or race tracks. Experts believe as many as 20 states will have legalized gaming in the next few years.

The Possible Benefits of Sports Gaming

Experts have told the NHL it could reap as much as $200 million yearly from sports betting. That is if it chooses to work with gambling entities. The league’s gambling benefits would come from advertising revenue with a joint venture between the league and the gaming companies. Other revenue could come from the sponsorship of teams by gambling companies, and data the NHL could provide to them.

The NHL’s interest in sports gaming is surprising, considering the league has been an active opponent of sports betting. However, the league has gradually been softening its stance on sports gambling. Last year, it allowed the Vegas Golden Knights to have their headquarters in Las Vegas. The commissioner of the NHL has said he would welcome a partnership between the NHL and gambling entities. That is, as long as the gaming entities allow the NHL to ensure game integrity.