In the past, video gaming establishments in the Chicago suburbs had very limited options for advertising their gaming capabilities. In fact, for several years, the signage in front of Chicago-area video gambling establishments was very small, almost invisible. Now, however, some villages and towns in the northwest Chicago suburbs are allowing venues to increase their ability to advertise. 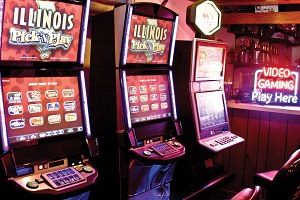 When compared with other states, Illinois has very few opportunities for people to gamble. The state has a few riverboat casinos. However, they cannot be on Lake Michigan and must be in areas other than Chicago. There are also horse racing tracks in the state, and the state allows off-track betting. Illinois also allows video gambling. Counties or townships regulate it. However, the state restricts how many video gambling terminals can be in each location. It allows only five. The terminals are, in reality, slot machines. Currently, there are close to 6,000 locations in the state that allow video gambling. Most of those locations are bars and restaurants.

The Ordinance in the Northwest Suburbs

One village has decided to change the way it reviews signage in front of places that have video gambling terminals. The trustees of the village of Niles decided to change their village’s laws earlier this month. Previously, the trustees had only allowed one small sign on an establishment allowing video gambling. Also, any establishment that wants a license for video gaming won’t have to go through the public safety committee anymore. The committee has delayed the process for some businesses that wanted to add gambling. Now, the liquor commissioner will review the licenses. This person is also in charge of regulating gaming, tobacco, and alcohol sales. 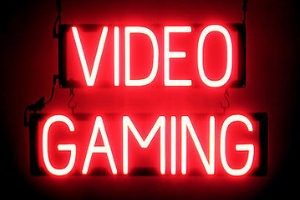 The change in the law means, for each video game establishment, the village will buy and install a neon sign. The signs will be 3 feet long and 6 inches tall. All of them will look the same and have lettering that says, “video gaming.” The council does not have the right to regulate what the business calls itself, however. Many businesses have names that allude to gambling machines.

Niles currently has gambling at 22 different locations throughout the village. The village plans to purchase 25 neon signs for a total cost of around $3,000. The council members pointed out whatever the signs cost, the village will get the money back in gaming revenue. They estimate the tax revenue would bring to the village around a half-million dollars per year, even in leaner years. The village hopes the additional projected revenue of between $250,000 and $500,000 will attract new business. It also hopes to keep property taxes down. Currently, the Village of Niles uses some of the money to pay for public services, such as police and fire personnel and equipment. With the additional money, the village hopes to continue to grow and increase its tax base.