A few years ago, Nova Scotia decided there were some problem gamblers who simply did not need to gamble. The province issued lifetime bans for problem gamblers who then excluded themselves from gaming. However, that may change soon because of a proposed piece of legislation. The legislation would make it easier for these gamblers to return to gambling after a period of time. 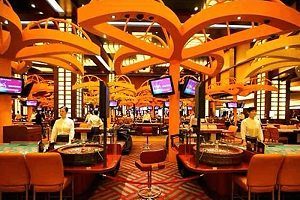 Nova Scotia currently has two casinos. Casino Nova Scotia has locations in the capital of Halifax and the small community of Sydney. Great Canadian Gaming owns the casino in Halifax. Its previous owner was Caesars Entertainment. Great Canadian Gaming owns several casinos across Canada. The casino has a hotel, as well as an entertainment area along the Halifax waterfront. Compared with other casinos, the Halifax casino is relatively small. It has about 1,000 slots and 25 table games. Casino Nova Scotia-Halifax connects via walkway to other attractions along the harbor and in downtown Halifax.

The sister casino to Casino Nova Scotia in Halifax is in Sydney. It opened in 1995 as part of a revitalized Sydney City Centre 200. This is home to dining and entertainment, as well as sporting events. It is also home to minor league basketball and hockey teams. The casino is smaller than the one in Halifax but has nearly the same amount of slots and table games.

Earnings from the two casinos in Nova Scotia were up 4 percent last year overall to more than $440 million.

Casino Nova Scotia has a program that allows gamers to ban themselves for life because they cannot handle their gambling. Under the current rules of the ban, a gambler signs an agreement not to return to the casino. The person then has his or her picture taken so casino security can easily identify him or her. Until now, the province was the only one in Canada that had a lifetime ban. Other countries, such as Australia, have lifetime bans from casinos. However, researchers have noted that the lifetime ban is only as effective as the casino tries to make it. Often, problem gamblers sign a declaration and self-ban themselves, only to reappear at the same casino weeks or months later.

The New Idea in Nova Scotia

The provincial government has stated the proposed legislation allows for problem gamblers to continue to self-exclude themselves from the casinos. But, instead of a lifetime ban, it would only be for a specific period of time. There have been discussions about allowing gamblers to return to the casinos after they receive treatment or counseling. They would have to talk about the nature of gambling and the cost to their families. Some gamblers use the money to pay bills or make up for losses rather than for entertainment purposes only. Gamblers who receive counseling understand the odds of gambling and learn to gamble on a budget. As a result, they better understand how to gamble for entertainment. They also learn not to use it as an emotional crutch.

The legislation considers allowing people to self-exclude for three to six months or up to a year. These monthly limits are in line with current gambling research. According to the research, gamblers benefit more from shorter exclusions than they do from lifetime bans. In addition, other provinces use monthly bans and have seen benefits from counseling programs combined with shorter bans. Anyone who agrees to a ban must forfeit any prizes, winnings, and wagers he or she makes or wins. Nova Scotia plans to consult with other provinces, as well as the public, over the next few months. The legislation could pass in early 2019.