It was only a matter of time before sports teams lined up to get partnerships and sponsorships with gambling companies. The NBA was one of the first organizations in the United States to partner with gambling companies. Now an American football team has jumped into the mix. An NFL team looks to move into the gambling capital of the United States. The Oakland Raiders will move to Vegas in 2020, with the partnership of Las Vegas-based Caesars Palace. 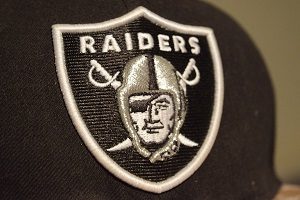 The Oakland Raiders are one of the larger franchises in the National Football League. Their net worth is $2.4 billion. The Raiders and the other teams in the American Football Conference Division were founded in 1960. The team has seesawed between success and prosperity, and have moved several times in their history. The Raiders struggled early in their franchise years. But their success rate improved when owner Al Davis and the Davis family took over. The franchise has won fifteen division titles, four AFC championships, and three Super Bowls.

However, the team has also had its share of turmoil. The Raiders moved from Oakland, California to Los Angeles in 1982, and then returned to Oakland in 1995. The team will move from Los Angeles to Las Vegas at the beginning of the 2020 season. For the first time in decades, the team will play in a new stadium. The team is well known for its fan base that is radical and fervent. Their team also has a “bad boy” culture. The Raiders have had fourteen former team members in the Hall of Fame. The Raiders are also well known for the infighting between the previous owner, Al Davis, and players or coaches.

Sports Gambling in the United States

The United States prohibited single sports gambling nationwide in the early 1990s, except for Nevada. Nevada was grandfathered in and allowed to continue sportsbooks. However, in recent years, several states have expressed the desire to have sports gambling an option in their states. New Jersey argued that they should have the right to legalize sportsbooks in their state, and the Supreme Court agreed. Since then other states have also passed laws to allow sports gaming: Delaware, Pennsylvania, West Virginia, and Mississippi. 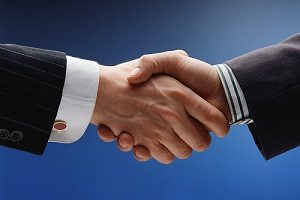 The Raiders and Caesars Entertainment have agreed on a fifteen-year partnership agreement. There are several benefits to the partnership. First, the gambling company has been given founding partner status at the Raiders’ new stadium, which will seat 65,000. The stadium is considered to be state of the art, with luxury boxes and a betting theatre at the stadium. Caesars retains some exclusive branding rights within the stadium, as well as merchandise.

Both teams who have members with exclusive membership cards will have access to special clubrooms with exclusive VIP packages. The football teams and the gambling company are hoping that the partnership will give the team additional fans. Caesars is hoping for additional sportsbook customers. Other NFL organizations are currently looking into the possibility of partnerships with gambling houses and football franchises. These partnerships will help them stay competitive for fans with the West Coast Raiders and the East Coast Ravens.