An off-track horse racing venue will be coming to a California town by 2019, after years of delay. No one understands why it has taken so long. Norco is a horse racing town full of people who love horses. In addition, the majority of people who live in Norco want off-track betting. The delay has caused a lot of anger within the community. The community believes if the majority wants off-track betting, there should be no problem getting a place to place bets.

From its beginnings, Norco has been a horse town. The town was named Norco after a land company that owned much of the land Norco sits on—the North Corona Land Company. Norco was formed as a community of horse lovers. In fact, its housing codes call for houses with a Western theme and that are equestrian friendly. There are about 27,000 residents in the community. The vast majority of people in Norco own horses—in fact there are only a handful of people in the town who don’t own a horse of some kind. Norco is home to horse trainers, veterinarians, breeders, and jockeys, as well as horse farms and horse training facilities. The town hopes the off-track betting facility will create more jobs in the community, and add tax revenues. 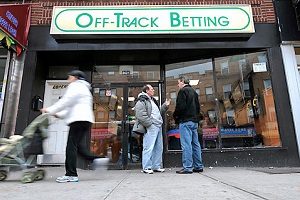 There will also be a small venue for off-track betting. The area will be age-restricted and will have banks of television screens that show horse races from all over the world. The venue will also have a small betting kiosk for bettors. It is hoped that the new venue will be successful. Citizens of Norco have wanted a high-end place to watch horse races and place bets on races around the world.