Ohio has had a great 2019 so far. That is at least as far as the state’s gambling revenue is concerned. Despite its late start in the gambling industry, the state has managed to become very profitable in the last year. February was no exception. The state saw a 5.5 percent increase to $155 million in profits.

History of Gambling in Ohio 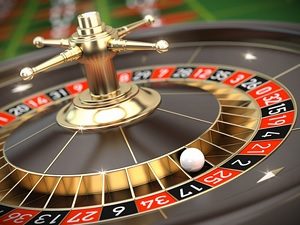 Riverboat gambling along the Ohio River was all the rage during and after the Civil War. People enjoyed taking a trip along the river, listening to music, drinking, and gambling. However, with social reforms in the late 19th and early 20th centuries, gambling in Ohio ground to a halt. There was some talk of gambling legislation in the 1990s. However, at the time, the state government didn’t want to address it. Eventually, the state realized it could profit from gambling. This was especially true when Buckeyes saw nearby states, such as Illinois and Indiana, having success with gambling

What Kinds of Gambling Does Ohio Have?

The state currently has a state lottery system and participates in two multistate lotteries as well. Ohio also allows horse racing and dog racing. However, there are no dog tracks in the state. Many Buckeyes feel that dog racing is cruel. The sport is on the decline throughout the country. Ohio actually has more race track casinos, or racinos, than it does casinos. The race tracks allow pari-mutuel wagers and wagering at 14 different satellite locations.

There are other forms of gambling in the state, but they are spotty. For example, charities can have bingo games that run twice a year for four days maximum.

The Increase in Gambling in the State 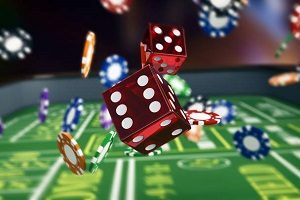 Ohio gambling businesses are particularly pleased with the February 2019 increase over February 2018. In February 2018, statewide gambling revenue was $147 million. However, last year’s total might have been higher had it not been for the closing of Belterra Park. Flooding caused Belterra Park to close for two weeks. This year, however, all the casinos and racinos in the state saw increases over last year.

While all the casinos and racinos had earnings, some were more modest than others. The Cleveland-Akron market had a small gain over last year. The market was up 3.7 percent and showed $48.1 million in revenue. Experts stated they believed the increase would have been stronger, but the Hard Rock Rocksino in Northfield Park was weak. In April, the racino will have a new name, the MGM Northfield Park. This name change reflects the sale of the racino to MGM.

The racinos were more popular than the state’s four casinos. The slot machines took in $85 million in revenue, which was up from $79.5 million in 2018. The most profitable racino was the Hard Rock Rocksino, which took in $20.3 million in February. However, this was a modest increase, as the racino took in $20 million last year in February. The revenue from casino and racino gambling goes toward educational programs in the state. Local governments also receive a share of the profits.