Ohio’s gambling industry has had a good year. Recent figures released by the state indicate that both casino and racino gambling figured increased over last year. The increase in gambling is projected to continue into the New Year. Ohio is seen as a possible potential site for sports gambling as well. The state has been credited with not only seeing a rise in gambling at urban casinos, but also at rural racinos and casinos as well. 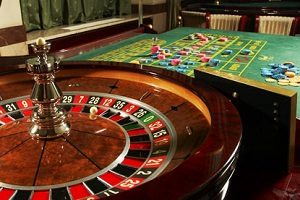 While Ohio was a late entry into casino gambling, having only approved casinos in 2009, they have done well—much like their neighbor in Pennsylvania. In order to get gambling legalized in Ohio, the state voted on the construction of four casinos in urban areas: Cincinnati, Cleveland, Columbus, and Toledo. The state also allowed the seven racetracks to install video lottery terminals, which turned them into racinos. Unlike other states though, Ohio did something unique. Each racetrack that wanted video lottery terminals had to commit to investing over $80 million dollars in their facilities to improve their appeal. Finally, Ohio also lowered the gambling age to 18, and has marketed events towards younger gamblers, in order to bring them into the gambling market.

The numbers speak for themselves. The revenue for Ohio casinos and racinos hit a record high of nearly $2 billion dollars. This figure represents the largest revenue taken by the gambling industry in Ohio since the casinos opened in 2012. Overall, casino revenues increased by two percent, which represents a modest gain over last year. Some economists are worried that the gain was smaller than was hoped for in 2018, given the strength of the economy. However, the racino revenues grew at a much faster pace, having grown at the rate of 7% in 2018. This is the first year that the racino revenues surpassed the $1 billion mark. The state gained over $600 million dollars in tax revenue from casino and racino proceeds. In Ohio, proceeds from the lottery (including video lottery terminals) go directly into education, while casino money is put into the general fund.

While there is cause to celebrate the nice revenues in Ohio, there is also cause for concern. At the beginning of 2018, the casinos were projected to bring in nearly $1.5 billion in revenues alone. At $1.2 billion, the casinos missed the mark. Some experts worry that the racinos, which cater to the smaller rural market are going to outpace the casinos in the urban areas. The seven racinos have 17,000 slots, and because slots are the most popular game at casinos, many people find racinos to be the better option. 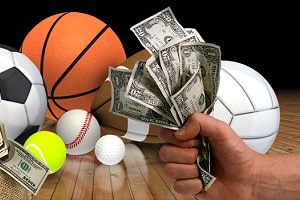 It is a distinct possibility that Ohio may legalize sports gambling in 2019. The Ohio legislature is currently looking at a slew of proposals that would allow it to become legalized in the state. The largest bone of contention appears to be whether sportsbooks will be legal only at the casinos, only at the racinos, or both.

Ohio is also looking into the possibility of allowing online and mobile gaming in the state as well, especially since Pennsylvania legalized online gambling last year. If Ohio does legalize sports gambling, it may become the eighth state to have legalized gambling since the Supreme Court ruling in May.