There are around 14 million parents in the United States who are single mothers or fathers with minor children. The other parent no longer lives in the home. About half those parents have a formal child support agreement. The parent or parents sat down in a court and agreed to a monthly amount for child support. Usually, child support pays a part of a child’s food, clothing, housing, education, and medical expenses. On average, people owe more than $33 billion in child support every year. However, the custodial parent only collects about 68 percent of what the other parent owes. When parents don’t collect the child support, some parents file a request for child support collection to the state.

In Ohio, parents have an advocate. The Department of Job and Family Services is collecting gambling jackpots from parents who have not paid their child support. In the past five years, the department has collected $10 million in winnings from these parents.

Types of Gambling in Ohio

There were no casinos in Ohio until 2009. The state did have riverboat gambling up and down the Ohio River in the 1860s. However, the state decided to allow casino gambling to help its bottom line. The original state law allowed casino companies to build four facilities. The money would go toward school districts and local governments. Both schools and local governments suffered during the economic downturn and the loss of jobs. Currently, Ohio has 11 commercially operated casinos and racinos. In addition, the state has lotteries. Horse racing is legal in Ohio as well. 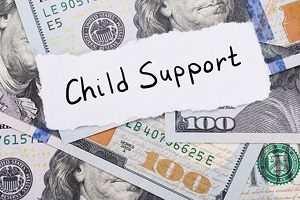 Economists have estimated that Ohio citizens pay about 70 percent of the total child support they owe. The largest group of people who pay child support make between $20,000 and $50,000 a year. Ohio changed the laws regarding child support in 2015. The minimum amount a noncustodial parent can pay for child support is $80 per month per child. There are also rules about nonpayment. If a parent falls behind in his or her payments, the state gives him or her time to make them up. However, when parents do not pay, the state has several ways to collect.

Ohio has child support enforcement agencies in each county. The agencies’ job is to find parents who are not paying child support and work out agreements to make payments. However, they can also garnish paychecks and take income tax refunds.

The child support enforcement agencies in Ohio are doing something different and novel. They are collecting unpaid child support from gambling jackpot winners. While not all the states that have casino gambling have tried this, it appears to be working in Ohio. The Department of Family and Children’s Services receives notification of winning jackpots or lottery tickets. That’s because the winners have to fill out a claim form, which goes into a database. The department checks the database of winners against the state’s database of parents who have failed to pay child support. If a person is on the database for failure to pay, his or her winning check is withheld.

The program has been very successful. The department has intercepted more than 6,300 jackpots from casinos and racinos before the person received his or her money. Usually, people who win large jackpots in Ohio have to wait 30 days before they can get their money. This is true no matter what kind of jackpot they win. This allows the state time to make sure winners do not owe back child support. That $10 million collected so far will go a long way toward helping children and their custodial parents.