Ohio is itching to jump on the bandwagon that has already been joined by a half-dozen other states.

In May, the U.S. Supreme Court ruled that the federal law banning single sports gaming in every state was unconstitutional. This law, the High Court said, violated the states’ rights to make laws for themselves.

Pennsylvania, one of Ohio’s neighbors, quickly jumped wholeheartedly into sports gaming. The Keystone State will have sportsbooks up and running by Labor Day Weekend. However, Ohio may not yet be ready to join the states that have legalized sports gaming. 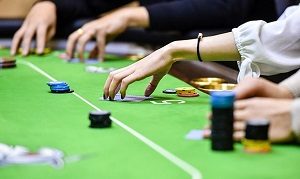 Currently, Ohio allows gambling with respect to horse racing. That includes both on-site and off-site horse race betting. Lotteries are also allowed, as are bingo games for charity. However, the casinos are limited to tribal casinos. Currently, there are 11 casinos and racinos in the Buckeye State. Gambling revenue from the four casinos alone tops $490 million a year.

In order to compete with neighboring states that are considering legalization or have already legalized sports gaming, Ohio legislators want to legalize sports gaming. They would like to allow it in the state’s casinos, racinos or racetracks. It is estimated that the state could expect at least $150 million in additional revenue through year-round sports gaming. Some experts say the actual figure of revenue may be underestimating the amount of money that could be raised in regard to additional jobs and economic growth.

Legislators think that the Ohio constitution will not allow sports gaming. The constitution currently states that gambling is limited to casinos that were approved by voters, charitable bingo, horse racing, and the state lottery. Casino gambling was legalized by a constitutional amendment in 2009. There is no mention of sports gambling or online gambling in the current Ohio constitution.

It is possible to amend the Ohio constitution in order to allow sports gaming at casinos and racinos. First, a bill must be introduced that will begin an amendment process. This is unlikely to be done before the 2019 legislative session because of the upcoming national elections, as well as state and local elections. However, when the time has come to hear the legislation, legislators will hold hearings and vote on it before it will be brought to the citizens.

There are others in the legislature who think that Ohio could take care of the gaming issue without a constitutional amendment. A sports gaming amendment does not involve a structural change or change in the fundamental rights of citizens. Essentially, the proposed law would allow for sportsbooks to be located at existing casinos and racinos, rather than at stand-alone structures. And, this could mean that no amendment vote needs to take place.

Some legislators are worried that any change to the gaming law, including an amendment to the constitution, might bring some opposition to the legislation. In the past, the idea of gaming legislation led to months of debate on whether gaming brings additional social issues. There is also the discussion that it could lead to a rise in crime in many communities. Other arguments against gambling have been objections on religious grounds, especially from the Amish, Mennonite, and conservative Christians in the state. All of these group oppose gambling.