Sweden has been in the middle of a regulatory process for its online gaming businesses. For all intents and purposes, the businesses have operated unregulated for the last 15 years. The country is working to ensure it regulates the gaming industry. But, Swedish Gambling Authority regulators reported the industry continues to surge. Lotteriinspektionen revealed the gaming economy grew by 3 percent over the previous quarter last year. It had a gaming market worth more than $600 million.

Sweden’s gaming market is a bit unusual. The country does have gambling. But, while the government has regulated casinos for decades, it has not done the same for online gaming and sportsbooks. While the country tacitly forbade online gambling, in reality, online gaming was operating in the country for years. It even advertised on TV. In addition, there is one company in the country with a monopoly on casino gaming. That will change with the regulation. The regulation allows multiple companies to receive licenses. But, it also guarantees that each company will have to undergo taxation on its revenue.

Increases in the Gaming Market 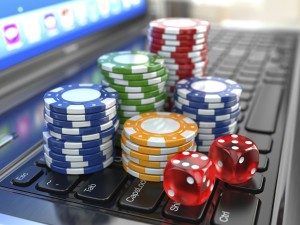 The gambling market in Sweden was worth more than $631 million in the quarter. However, half the revenue from gaming came from online gambling, and that amounted to more than $300 million. The online market in Sweden has grown by leaps and bounds. It has grown by more than 16 percent in the last three years. At the same time, the land-based casino market has shrunk by 8 percent each year for the last three years.

There are many reasons for the shrinking casino market. First, there is tourism in Sweden. It is nature-oriented in the spring, summer, and fall, and practically nonexistent in the winter because of the brutal weather. Second, there is a general decline in on-site casinos. People favor casinos that they can play online or through mobile applications. This decline in on-site casinos mirrors a general trend in on-site casinos worldwide. Casinos have increasingly needed to diversify and offer entertainment and other perks to lure people into them.

There is one aspect of Sweden’s gambling market and, perhaps, it’s the most interesting. All the online casino games and sportsbooks that accounted for $300 million in revenue last quarter were illegal. The country had not prohibited online gaming in the constitution, but it had not permitted it either. That means that it was tacitly illegal. The government has looked the other way. And, online gaming companies and sportsbooks have raked in the profits without having to pay taxes on their revenue.

All the illegal online casino operators operated outside of Sweden, such as the Isle of Man. The Swedish government decided to allow the online operators to apply for licenses to operate legally in the country. This would also give them the protection of gaming regulators. In exchange, the companies had to agree to share their revenue with the Swedish government. It plans to use the revenue from casinos to pay for some of its social welfare programs. The country has an unemployment program, free health care, and educational services for its citizens. The social welfare programs are not cheap. And, the government lays part of the expense for social welfare on the public, as well as the gambling industry.

The online gaming companies that agree to get licenses will pay 18 percent tax on their revenue. That will represent a revenue loss for the companies. It is better to become licensed than not to become licensed. Sweden plans to begin a crackdown of unlicensed gaming operators, complete with fines. It also plans to crack down on Internet service providers that allow unlicensed companies to operate. The new law in Sweden will take effect Jan. 1.