Oregon’s governor, Kate Brown (D), was originally against the idea of allowing the Coquille Tribe to open a small Indian casino. Gov. Brown told the Bureau of Indian Affairs in 2016 that she thought it was best for Oregon to “hold the line” concerning the number of casinos that were in her jurisdiction.

The Coquille tribe wanted to convert a Medford bowling alley into a casino. The venue is conveniently located near Interstate 5, but Gov. Brown says that the casino could spell big trouble since the Indian tribe was planning to include bingo machines at the facility.

Gov. Brown argues that the state of Oregon should stick to its policies by ensuring that no new casinos are constructed. She asserts that if the state supports a new casino of any size, gaming expansion efforts will become more popular in Oregon. The governor said that this would be “to the detriment of the public welfare” in a letter from April 2016.

It seems that in 2018, the Oregon governor is not so staunchly opposed to new casinos in Oregon. Gov. Brown’s administration and the Cow Creek Tribe have reached an agreement, resulting in a $115,000 governmental benefit, which is part of the governor’s political war chest. The agreement will expand gambling due to a joint venture between Native Americans and the state of Oregon.

Gov. Brown took $5,000 of the $115,000 during a visit to the Seven Feathers casino, run by the Cow Creek tribe. The stay will be billed to taxpayers and took place four months before her April 2016 letter. In the two years since the governor’s letter and casino stay, her calendar has included phone calls and meetings concerning the Oregon Lottery and Cow Creek agreement, which was signed in March 2017.

Is The Governor’s New Stance Hypocritical?

Some are calling Gov. Brown’s new outlook on gambling in Oregon hypocritical. Many are claiming that she has changed her opinion about gambling in the state after discovering that permitting local gaming could benefit her. Now that the Cow Creek Band of Umpua Tribe of Indians has been financially contributing to her campaign, the Coquille tribe in Oregon has been short-changed. Just two years ago, Gov. Brown forbade the Coquille tribe from opening a casino; this could be because the tribe did not offer any immediate monetary benefit. 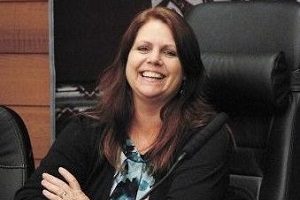 Brenda Meade, the chairperson of the Coquille Indian Tribal Council, states that the Coquille tribe wanted to be a part of the alleged lottery case study. Gov. Brown asserts that her connection with the Cow Creek tribe is pending. Lottery spokesperson Matthew Shelby says the governor wants to see how “scratch tickets, jackpot games and keno at a travel center operated by the Cow Creek tribe” will fare in the state.

Meade doesn’t see a problem with the state of Oregon seeing which gaming methods could be more lucrative. However, she asserts that all Oregon Indian tribes should have been included in the decision-making process. In an interview with the Washington Times, Meade asked, “ Why weren’t all Oregon tribes included in this conversation, instead of just the one that makes the biggest campaign contribution?”

Meade shares that this isn’t the first time Gov. Brown has been hypocritical on the subject of tribal gaming in Oregon. While she seemingly supports casino proliferation in public, the Brown administration is coming up with ways to increase the money flow to the governor’s “favorite” tribe and to the Oregon lottery.

The Coquille Tribe is still waiting on a decision from the Department of Interior to determine whether the tribe can build their Interstate 5 casino. The venture has received strong opposition from the Cow Creek tribe.