Recently, the Oregon Senate voted to prioritize students over individuals who claim gambling losses on their state taxes.

Senate Bill 212 was passed by a 16-10 vote on the Senate floor. According to a news release, Oregon Senate Democrats states that the bill “alters the state’s tax code to reflect  Oregon’s values better.” The law eliminates the wagering loss deduction from the state tax code and is a disconnection from the federal code in that regard. Bill 212 also establishes deductions for student tuition in the Oregon tax code.

Senator Mark Hass (B-Beaverton) carried the bill to the floor of the Senate. Hass stated: “Oregonians value education more than protecting gamblers from being able to claim their losses. This is a disconnection from the federal tax code to reflect Oregon’s values better and take ownership over how we prioritize who should be at the front of the line for tax breaks.

Congress maintained a tax deduction for betting losses in 2017; this is commonly referred to as the gambling loss deduction and permits taxpayers to deduct their wagering losses to the extent they offset winnings. This applies to both recreational and professional gamblers. The state of Oregon connects to this deduction automatically because Oregon has a rolling connection to the federal tax code. The new law will disconnect Oregon from that specific deduction and will be available in filer’s federal taxes.

More on the New Tax Law 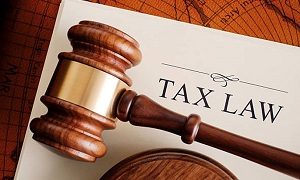 Oregon filers who have an adjusted gross income under $80,000 (single) $160,000 (jointly) can deduct up to $460 in qualified tuition expenses from their state taxes. Oregon filers with gross incomes under $65,000 (single) or $135,000 (jointly) can deduct as much as $920 in qualified tuition expenses from state taxes. Deductions are not currently available for any filers.

Hass asserted: “We should be encouraging Oregonians to go to school and make it more cost effective for students, instead of giving tax breaks to gamblers. The federal tax code doesn’t reflect our shared priorities and values as a state, and so we need to go our own way on this.”

Senate Bill 212 will now move to the Oregon House for consideration.

US states differ vastly when it comes to gambling regulations. Each state has its own rules to determine whether gambling is legal. Previously, Nevada, and Las Vegas in particular, as well as New Jersey’s Atlantic City dominated the US gambling market for the majority of the 20th century. Now, there are several casinos on Native American reservations and liberal gambling rules throughout the majority of the country. At present, only a few states have outlawed gambling completely, including Hawaii and Utah.

According to 167.108 et seq; 462.010 et seq. Gambling is defined as Staking or risking something of value upon the outcome of a contest of chance or future contingent event not under control of actor, upon agreement that actor would receive something of value in the event of a certain outcome.