The Stanford versus Notre Dame game promises to be a marquee matchup. But, there are other good games in the Pac 12 this week worth wagering on. Several of the Top 25 Associated Press teams are in the Pac 12. And, there is money to be made if wagers are made wisely. Keep reading below for the best picks of the week from the Pac 12.

Stanford and Notre Dame are number seven and number eight in the nation, respectively. Notre Dame is the favorite in this game, with a four-point spread. However, Notre Dame is 0-4 against the spread in its last four home games against other teams with winning records. Notre Dame, with a new quarterback under center, led a balanced passing attack against a seriously undermatched Wake Forest team. While the new quarterback looked good, the defense looked good as well.

Stanford has managed to beat Notre Dame the last two seasons and cover the spread. However, the Cardinals were 0-3 to that previously against Notre Dame. Stanford is 3-1 against the spread this year with an amazing comeback win over Oregon last Saturday. While the defense is showing some holes, it managed to hold it together to beat the Ducks. Stanford defeated Notre Dame last year, but that was at home. 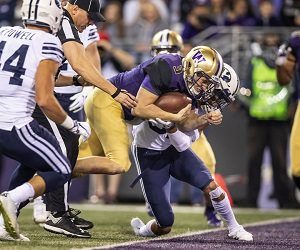 There hasn’t been much interest in this game for a while. However, BYU is now on the upswing. The team has found a moderately talented quarterback and an amazing running back who has been running over opponents. However, it is worth mentioning that BYU has not really had a challenge so far this season. The team just walloped McNeese State, but that is not that exciting. The defense for BYU has been better than the offense, scoring big on turnovers. The Cougars are 5-0 against the spread in their last five road games. They are also 4-1 against the spread in their last five games overall. Not many people expected much of BYU this season. But, the team has surprised a lot of people, especially after its road win against Wisconsin.

The Huskies have a top-rated defense. However, the team was fully tested in its victory over the Arizona State Wildcats last week. The Huskies quarterback, who has continued to improve week over week, has led the offense. And, he got some help from a decent running back. Where Washington has really been strong is in its defense. The line has held teams to less than 13 points per game. 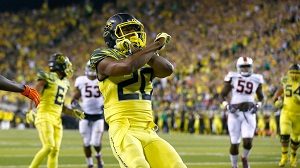 Although most sports wagerers are talking about the BYU vs. Washington game, the Oregon Ducks vs. Cal Golden Bears game may be just as interesting. The Golden Bears are 3-0 on the strength of their defense. The line has managed to shut down opponents at the speed of light. The defensive line is big and aggressive and has managed to push opponents off the ball.

Oregon, on the other hand, is 3-1, with a powerful offense and offensive line and an offensive-minded coach. In addition, the quarterback Herbert is a potential first-round draft pick. With a cannon for an arm, Herbert is a steal for the Ducks. The Ducks looked very strong at the beginning of the season. They had a fast spread offense and a juggernaut of a quarterback. However, the Ducks are fresh off a loss to Stanford, which came from behind and overran the defense.

With all of that in mind, the problem with Cal may be in Cal’s own mind. The Golden Bears tend to take their ratings, admire them for a week, and then throw them out the window. That means the sportsbooks are wagering they’ll either earn their ranking and beat the Ducks or they’ll lose it. And, if they lose, the team will lose any chance of moving up in the ranks. Cal is 2-6 against the spread in its last eight games with Oregon. Most pundits have called the game too close to call. Given the Duck’s overwhelming nature, Cal is going to have to play its best game of the year to win. Take the Ducks to beat the spread.