Pennsylvania, a recent entrant into the gambling world, has run afoul of its own state laws. A federal judge recently struck down a law passed by the General Assembly. The law barred casino owners from donating to political campaigns. Because the midterms are so close, contributions by gaming interests to campaigns will most likely continue through the election season. 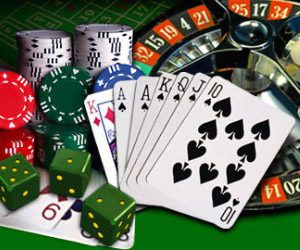 Pennsylvania began its modern history of gambling in the early 1970s with the creation of the Pennsylvania Lottery. The state created the lottery as a way to relieve senior citizens of the burden of property taxes. Many people in Pennsylvania pushed for legalized casino gaming in the 1980s and 1990s, especially in the touristy Pocono Mountains. However, gambling didn’t pass in the General Assembly until 2004, when the state finally legalized casinos and race tracks. In the first year, which was 2009, the combined tax revenue of casinos and race tracks reached $776 million. In 2017, additional legislation legalized mini-casinos in airports and truck stops. In addition, the state has allowed sports gambling and online gambling as well, with the appropriate licenses. The state expects the additional gambling tax revenue to top $5 billion by the end of 2019. In addition, the state has legalized “skill machines,” which look a lot like video gaming terminals. These can be found in bars, gas stations, clubs, and tobacco shops statewide.

Many gambling interests wanted to advocate for candidates who were in favor of gambling for two reasons. First, the gambling interests did not want further restrictions on their enterprises. It has grown to a billion-dollar business in Pennsylvania. Second, the gaming companies wanted to be able to continue to expand if they had the opportunity.

Lawmakers argued banning gambling interests from campaigning for candidates would ensure gambling dollars did not go to illegal campaign contributions. They also wanted to avoid any corrupting influences.

Details about the Lawsuit, and Future Prospects

A man who has a 2.5-percent stake in the Sands Casino in Bethlehem initially filed the lawsuit. A woman whose family owns a casino resort was also part of the initial lawsuit. The man has not only contributed regularly to Republican campaigns, but he is also a member of the Pennsylvania Turnpike Commission. He is the chairman of a transportation authority. He claimed the law, as written, would prevent him from being on any government committees or commissions. And, this is because he owns a minority stake in a casino. The woman’s father and her family, in general, run the resort. The family also founded a large lumber company that has many locations across the United States. Like the man, the woman’s family has been active contributors to the Republican Party.