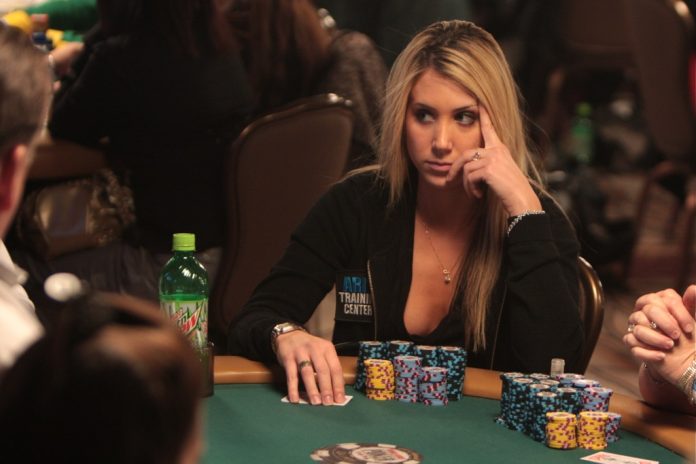 Last week officials at The World Poker Tour (WPT) and Los Angele’s Bicycle Hotel & Casino announced that they would be joining forces to present the first ever inaugural woman’s poker summit. The conference is due to take place at 2pm on August the 26th, and it will be held in a bid to provide more exposure to women poker players, whilst encouraging other females around the world to take part in world tournaments.

The presence of females in comparison to men playing in the last World Series of Poker (WSOP) tournament was deemed as disappointing, despite it being recorded as the second largest world poker event in history. 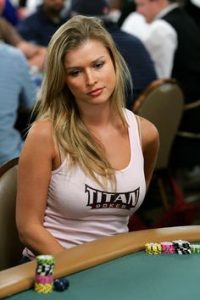 This year women only made up a measly 5% of the 7,874 players in attendance. One of the ladies to be shortlisted for the Women in Poker Hall of Fame, and long-standing poker talents hired by WTP HQ (Angelica Hael) is one of the woman pushing and fronting the campaign.

“One of the WPT’s key responsibilities is to grow the game of poker. Too long has the lack of women in poker been a topic of conversation in our industry, and it’s time we work to both attract more women to the game and keep them playing poker for years and years to come. Women represent half of the population in the world, but they only represent a small fraction of the poker-playing community in tournaments and cash games. It’s no secret that poker is a male-dominated industry, both on the business side and the playing side.

I’m fortunate enough to work for a company where 50 percent of our executive team is made up of women. Unfortunately, we don’t see that same percentage in poker events around the world, but this is something we want to improve upon. We can either stop talking about the topic or we can choose to do something. I’m proud to say that our team has come together and decided that it’s time to put words into actions and initiate a plan of attack that achieves the goal of bringing more women in poker, starting with the WPT Women’s Poker Summit,” wrote the WPT in a press release.

Drawing in the crowds

Hael also confirmed that the summit will be open to men as well as women, and will be expecting visits from casinos partners, executives as well as poker media, and female representatives from both poker and non-poker organizations. WTP wants as many poker enthusiasts to participate in the event as much as possible, with a hope that the summit will not only raise awareness of the active female movement in poker currently, but also act as a message for encouraging more woman to get involved.

“The WPT now wants to share our ideas and have a direct dialogue with the women in our community. Hosting the WPT Women’s Poker Summit event is in line with what we typically do every season, where we have an open dialogue with the players to discuss a variety of topics,” wrote WPT.

The long anticipated summit will be an opportunity for females to around the world to come and together and share their views and opinions on issues surrounding the lack of numbers and depleting ratio of woman in the poker world. If the event is a success, similar summits and tournaments will be held in the future.

WPT director Matt Savage “I’ve always said that if we could just get the percentage of women playing to 20%, then that would be a massive difference,” wrote Savage. “It might not sound like a lot, but the current number is around 5% when you look at the WPT and WSOP populations. Women still only make up a very small percentage of poker players. We, as a community, need to work to change that.”