There is probably nothing in the world that poker players like more than winning a jackpot. The thrill of the win is one reason poker players play in the first place. For some players in Washington State, however, their promised poker jackpot did not materialize. And, there is nothing they can do about it. Despite contributing the money for a jackpot in the first place, they are not eligible to get it back.

Currently, casinos in Washington State are only allowed on Native American reservations. These locations can have casinos because of federal law. Native Americans have the right to have casinos on their reservations even though the state does not allow them. Washington state does allow gambling on horse races. It also allows bingo games for charity. Interestingly, people can bet in sports pools. You must follow very specific rules to be legal, however, and your sports pool can’t be more than $100. All other sports betting, as well as online gaming, is illegal. 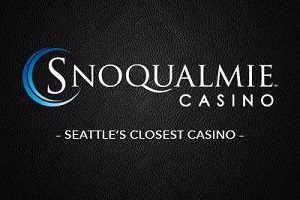 Snoqualmie Casino is near Seattle, and sits on the Snoqualmie Reservation. The casino has 1,700 slot machines and 54 table games. The table games include blackjack, craps, Spanish 21, roulette, baccarat, and pai gow poker. The casino also boasts restaurants and nightclub entertainment. There are approximately 650 members of the Snoqualmie tribe living in the area. Since it opened in 2008, the casino has made millions of dollars in revenue a year. The tribe uses the proceeds of the casino to pay for programs and social services for its citizens.

One feature of the Snoqualmie Casino was its poker room. Here, gamers could play a variety of poker games. Regular poker players at the casino contributed to a pot, which amounted to a progressive poker jackpot. The poker players were perfectly happy to continue to contribute to the jackpot. But, the casino announced that the poker room was going to close on Aug. 2. The tribe decided that there were not enough players in the poker room to justify keeping it open. However, the poker regulars complained the casino did not let them know ahead of time that the room was closing. The players continued to collect money for the progressive jackpot through July 25. The players believe they should receive a refund or the casino should distribute the money equally among the regular players.

However, the casino has argued the remaining money in the jackpot, which is around $30,000, belongs to the casino. It also stated it gave out double jackpots to the winners the last week it had the poker room open.

The rules of the progressive jackpot stated that players contribute money toward a large jackpot. A player could hit the jackpot by either hitting a previously decided-upon high hand or a bad beat hand. According to the casino, it does not have to give the pot to anyone.

The casino has said it will use the remaining jackpot money to promote other games. However, many poker players who are fans of the casino have stated they will not return to the tribal enterprise. They do not trust the casino to pay out on other games because it withheld the poker progressive jackpot.