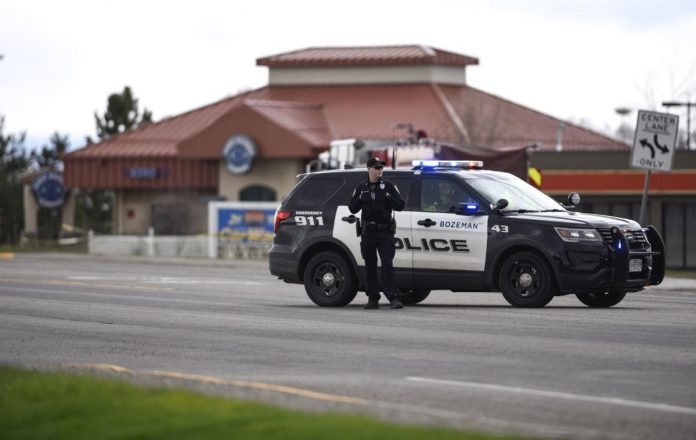 A man has been arrested for a potential bomb threat and for attempting to steal from a casino in Bozeman, Montana, over the weekend. Police were called to the Magic Diamond Casino at approximately 9:55 am on Saturday, after citizens in the area reported a suspicious looking individual had entered the casino and left what looked like an explosive device behind before leaving on foot.

Initially, his chary behavior indicated he was trying to rob the establishment – but when police received a call from the Magic Diamond Casino, they reported that the man appeared to be planting a bomb.

“It appeared that a robbery attempt had just been made by an individual,” said Detective Sgt. Joe Swanson of the Bozeman Police Dep. “There was also some indication there might have been some type of device left inside of the building.”

About 10 minutes prior to the first sighting, police received another related call from the nearby mall. The caller stated adamantly that there was no threat to the area. This led police to believe this was simply a “distraction call,” and a specialized bomb unit was deployed to investigate the incident shortly afterwards.

“The suspect had fled the area. Right now, there’s no threat to the public. We do have a suspect in custody,” said Swanson. “Lewis and Clark County Sheriff’s Office responded at our request, basically their bomb squad, so they are working now inside the casino to determine what this device is.”

Police and Bomb Squad Arrive on the Scene

Deputy Chief of Police Jim Veltkamp said that when they arrived, they were unable to confirm what kind of device it was, only reporting that certain parts of it may had been burned.

The police managed to arrest a man just outside of the city limits, and do not believe anyone else was involved or that there was any ongoing danger or threat to the public.

However, the nature of the incident prompted police and officials to shut down 4 of the main roads between College Street and Professional Drive as specialized units investigated. This caused disturbances and traffic delays for several hours on Saturday; later resuming at approximately 2:45 pm.

“I know it is a huge inconvenience for everyone in town,” Swanson said at the time. “Everyone’s been great. They’ve been paying attention to the signs and staying out of the way. I’m sure the impact is going to be felt greatly all over town and we are just doing this out of an over-abundance of caution.”

Local resident Kelly Moore said she witnessed a train of traffic backed up outside her house on the morning of the incident. She also works nearby, and said “It’s my neighborhood, I’ve lived here for a long time and I’m kind of surprised about this going on.”

Police confirmed nobody was hurt during the investigation, but the suspect has been detained and is likely to appear in court next week.

Bomb Threats in Casinos and the Consequences

It’s not the first time such a threat has been made inside, or within the proximity of a casino. Back in February this year, a Canadian man was arrested in connection with a telephone bomb outside of the Deadwood Casino in Alberta. A month before that, two suspects from Illinois were charged for a bomb threat outside the Argosy Casino Alton in Madison County.

While the majority of bomb threats are actually hoaxes, it is still something officials and security forces must take incredibly seriously. As a result, the penalties for such crimes are severe; usually involving a hefty prison sentence along with a substantial fine. These consequences are the very least which someone can expect to get, while other cases have seen individuals charged for acts of terrorism and attempted murder.