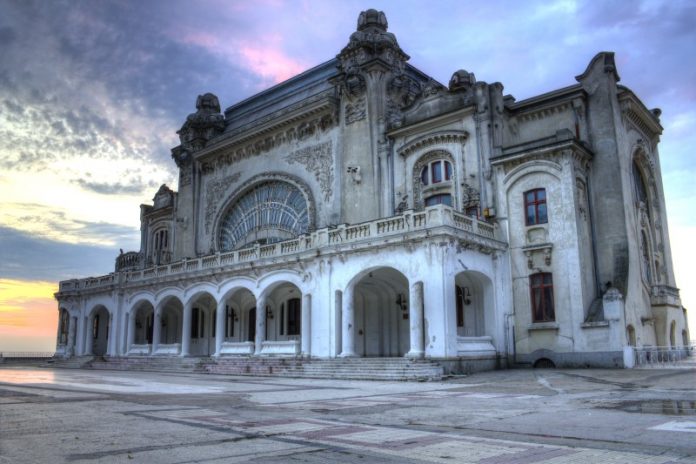 Restoration workers found a note hidden in the walls of the Constanța Casino, an 1880 Art Nouveau palace which sat abandoned for years. The note contained a hand-written list of political prisoners of the brutal Romanian communist regime.

Sitting by the Black Sea, the Constanța Casino was built in the Art Nouveau style in 1880. Its location by the Black Sea resort area gave it the nickname ‘Romanian Monte Carlo’ by the gambling elite who once met there. The grand palatial building on the shore is considered the most important example of Art Nouveau architecture in Romania, and now it is being restored to its former glory. The casino has been rebuilt three times over the past century due to damage during wartime.

When it was taken over by the communist government in 1948, it became the property of the State and a ‘house of culture.’ After the fall of the communist regimes across Europe in 1989, the building sat abandoned in a country too poor to restore it. Until now. Restoration work is slowly underway, and restoration experts recently unearthed a surprising secret from Romania’s past hidden in the casino walls: a hand-written list of political prisoners in Romania in the last century.

In an interview with Radio Free Europe, historian Andrei Muraru told harrowing tales of the brutal communist regime in Romania during the 1950s. He reported that 100,000 prisoners were sentenced to hard labor for not toeing the party line. Official figures remain unknown, but an estimated 600,000 Romanians were sentenced for ‘political crimes’ between 1945 and 1989. Thousands died from illness, malnutrition, beatings, and lack of medicine.

Political prisoners were held for the flimsiest of reasons, and the brutal regime detained anyone for any reason at any time. Calling them ‘enemies of the people,’ the government sentenced many Romanians to short lives in forced labor camps under dangerous conditions. Some of them were only high school students discussing ‘forbidden topics’ at a literary club meeting. One such youngster, 17-year-old Nicolaie Voicila, was sentenced to four years of hard labor for “plotting against the social order.” 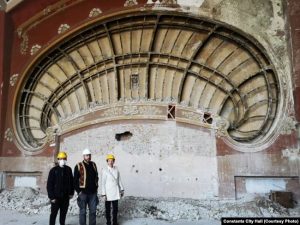 The list of communist crimes is so long there are special branches of the current government devoted to unearthing them. And the note found in the casino wall is a key to unlock many secrets of Romania’s brutal past. The list was hand-written in charcoal on paper and stuffed into a wall by a political prisoner working near the casino building in 1951. The list contained the names of many people who suffered under the brutal regime at the time. Many of them were worked to death on a dangerous canal project, others simply disappeared, never to be heard from again.

Until now. Relatives of some of the people on the list are picking up the torch and lighting the way to justice for their family members. The list represents a rare testimony of oppressed people who weren’t allowed access to paper or pencils. The note was hand-scrawled in charcoal on a scrap of material from a cement bag.

Alexandra Toader, the director of the special institute investigating communist crimes, voiced her concern over the lack of knowledge of Romania’s brutal past. The subject of political prisoners abused under the communist regime is not taught in schools and is swept under the carpet.

“This is very relevant for the young generation, as some are nostalgic about communism,” Toader said. “Extremes can’t be allowed, neither left nor right. The rule of law must prevail.”