Law enforcement agencies have in the recent past escalated the war against illegal gambling entities within Georgia. The enforcement agency works under the umbrella of The Georgia Bureau of Investigation (GBI) gambling unit in collaboration with the McDonough police department. The crackdown against illegal gambling centers is because of reports of emergence and increase in crime related to gambling. 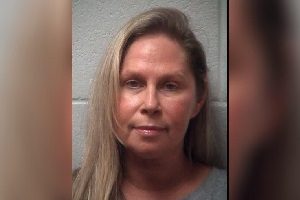 The authorities reported that the crackdown followed a yearlong investigation into suspicious gambling activities taking place at the Motorheads Bar. The investigators said that the bar had installed “coin-operated amusement machines.” Customers using the machines were receiving cash payouts for winning credits, a gambling activity that is illegal in Georgia. Such type of gambling machines should be registered and licensed by the Georgia lottery. The involvement of the agents was to get the extent of gambling activities that were taking place in the bar.

The investigation launched by the authorities saw undercover agent access Motorheads bar over some time. Reports indicate that the agents were able to access and use the casino-style poker games in the facility, by placing bets and some agents even won cash.

Speaking after the raid, the GBI special agent Cindy Ledford said that illegal gambling activities are a statewide problem. She added that a lot of money was involved in such unlawful gambling practices.

Reports also indicate that during the police raid, the investigators confiscated some gambling machines and other related equipment.

The authorities also reported that some employees from Motorhead bar could face charges related to illegal gambling activities.

The owner of Motorheads bar, Traci McDonald was later bonded out of jail. 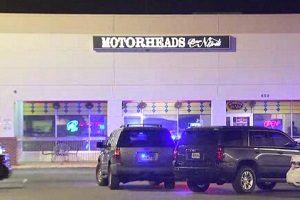 Residents and neighbors interviewed after the police raid said that they were caught unawares during the swoop. Those interviewed said that many customers were on the act, with others found on poker tables when the raid took place. Many people were upbeat, though, saying that Motorhead bar was an upstanding place, a popular meeting point especially after work. The residents were optimistic that the owner and authorities would clear the latest debacle and the bar opened to the public once again.

The raid was a massive blow to the owner of the bar and to the rich portfolio of clients who frequent the joint. The authorities are prepared to go the extra mile and streamline the gambling industry within Georgia. The GBI hopes to intensify the crackdown on illegal gambling entities and do away with facilities found to be contravening the law. The investigative agencies have in the past, connected many illicit activities and an upsurge in crime related to gambling practices.

It is interesting to watch and see the cause on which the illegal gambling war waged by GBI gambling unit will take in the coming days. The fight by GBI aims at getting rid of unlawful gambling entities and streamlining activities within the gambling industry. The authorities hope that all gambling-related activities will take place according to statutory laws and regulations.