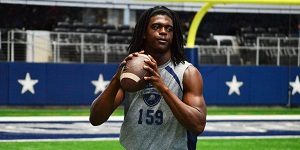 Kentucky lost its starting quarterback last season, and there is a battle for the starting position. Wilson is expected to start, and he should fit nicely in the read-option offense. But, the offensive line is shaky, the coach is seriously ill, and Wilson may find himself on the run more than he likes.

Florida’s offense, which was beyond pitiful last season, is getting a new coach and a new start. No one needs that more than Franks. While he led the offense last year, he also managed to throw several costly interceptions. In addition, his completion record needs to improve for the Gators to improve as well.

The Arkansas offense needs a lot of work. But, Cole Kelley is expected to be the starter. He showed promise last season. And, he is a huge (6 foot 7 inches) quarterback who is mobile in the pocket.

Here will be another quarterback battle for position. However, expect improvement with a new offensive coordinator.

Someone must step up to help Tennessee navigate its brutal schedule. Chryst, a transfer from Stanford, may be able to help do just that.

Starkel should fit in well with Jimbo Fisher’s offense. He will also benefit from Fisher’s ability to develop raw talent, which Starkel has.

The returning Ole Miss quarterback is expected to pick up right where he left off, which means he can pass and throw. He is also a quality receiver.

If there is a sleeper quarterback in the SEC, Shurmur may be it. He is only expected to get better this year. He tossed for 300+ yards in Vandy’s last five games last year. He has also managed to lower his interception rate as well.

Bentley should be much improved this season, and the big receiving group certainly won’t hurt. Because Bentley and McClendon, as the play caller, are both up-tempo fans, they should match up nicely.

While some people may dispute Fromm’s ranking, it makes sense given the quarterbacks in front of him. No one can dispute the season Fromm had last year. He had the second-best QB rating in the SEC. He is poised to continue his development behind a killer offensive line.

Fitzgerald, a senior, was on pace to have a breakout season last year, but he was limited by a leg injury. However, this year should be different. Fitzgerald is a double threat both in the air and on the ground. And, his new coach can further aid in his development.

Auburn has relied on its running game for some time. But, now the team can give some love to its quarterback, Jarrett Stidham, who can pass and throw. In the case of throwing, Stidham had 10 passing plays of 50 yards or longer. He also has one of the best receiving corps in the country to throw to.

After a breakthrough year last fall, where he scored 44 touchdowns, Drew Lock is poised to have a breakout year. There is already talk of a possible Heisman run. 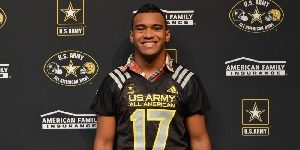 This was a difficult call, between Tagovailoa and Lock. But, ranking the Alabama quarterback higher seemed to be the smarter choice. It was based on his performance against Georgia in the national championship game last year. It was also based on the strength of his offensive line. Nick Saban’s coaching also had something to do with it.