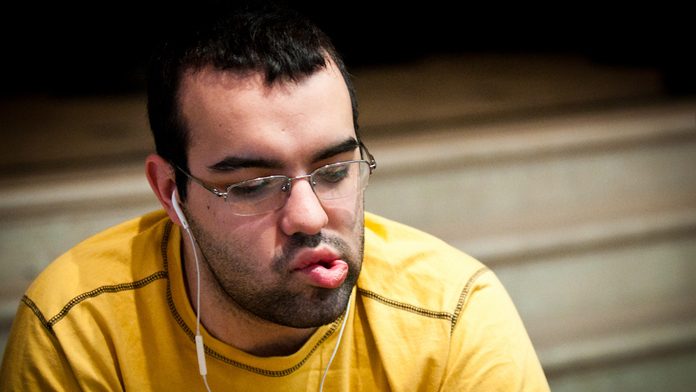 A professional sports bettor has ended up with a lifetime ban from two of the top Las Vegas casinos after trying to drum up some media attention. Robert “Big Rob” Gorodetsky had no idea that he was gambling on his own career when he gave an interview to USA Today Sports about the future of sports betting. However, his revelations sparked a flurry of interest from sportsbooks in Vegas, which resulted in both MGM Resorts and William Hill refusing to offer their sports-betting facilities to him in future.

Gorodetsky claims that he runs a handicapping website with offers of monthly packages together with picks for subscribers who are charged either $500 for a month or $1,000 for a three-month period. The self-professed professional claimed to have placed more than $27 million in bets with William Hill during 2017. However, he has now been suspended from using the operator, which offers both mobile and live sports betting in more than 100 locations across Nevada.

Gorodetsky has set himself up with a celebrity gambling persona that has a striking similarity to “Vegas Dave.” Both flaunt their huge wagers and equally massive wins, impressive cars, and, of course, an endless line of beautiful women. Dave Oancea (Vegas Dave’s real name) found himself being indicted last year on federal charges after allegedly using phony Social Security numbers when gambling in casinos to try to dodge taxes.

“Big Rob” revealed in the interview that he had relationships with a number of well-known professional athletes, including Odell Beckham Jr., wide receiver for the New York Giants, who allegedly borrowed $10,000 from the high-stakes bettor to gamble at Blackjack when he was in Las Vegas. Apparently, the two also discussed betting on a Major League Baseball game. As you might expect, Beckham now denies having any knowledge of Gorodetsky, although photographs of them together prove that they have definitely met.

USA Today was also shown text messages in which Gorodetsky discussed sports betting with former NBA player Damon Jones, who now works as a shooting consultant with the Cleveland Cavaliers. Jones, too, denies being friends with Gorodetsky.

Since professional football players are only barred from wagering on league games and not betting on other sports, such as baseball, there would have been no laws broken if Gorodetsky and Beckham had, in fact, considered betting jointly on the baseball game, But, if “Big Rob” had been a bookie using an interstate phone line to place the wager on the behalf of the NFL star, that would constitute an offense.

Since Gorodetsky denies doing anything illegal, why was he suspended by the sportsbooks? The professional gambler believes that the truth behind his suspension lies in his views on game fixing, which he expressed during the interview with USA Today. Gorodetsky pointed out his belief that the less popular professional athletes and college players who compete in the NBA Summer League and other similar leagues, would be willing to throw a game if they were offered enough money. By declaring that he would spread the bets around between sportsbooks so that the scam wouldn’t be noticed, it is no wonder that his comments came to the attention of the big names in sports betting especially MGM’s Aria, which was one of “Big Rob‘s favorite sportsbooks. The $150,000 that he bet on the NBA Summer League games in 2017 is now sure to be raising eyebrows in gambling circles.