How long has it been since you watched “Jeopardy?” If you haven’t watched for a while, you might want to think about it. That’s because a professional sports gambler is running away with the money and appears unstoppable.

James Holzhauer has been a professional sports gambler for several years. He has a mathematics degree from the University of Illinois. He has made the news because he has broken all sorts of records for “Jeopardy.” And, he’s been using gambling techniques to do it.

Born and raised in Illinois, Holzhauer graduated from the University of Illinois in 2005. He has been on three game shows. While he was successful on both “The Chase” and “500 Questions,” his most successful foray has been on “Jeopardy.” He is married and has three children. His wife has also been a game show contestant. She works as a tutor. They live in the Las Vegas area, long the gambling capital of the United States.

The Beginning of the Gamble

Holzhauer began playing card games while he attended the University of Illinois. He and his friends had a daily poker game going. It cost 10 cents to ante, and the maximum bet was $2. He also participated in fantasy football and baseball teams. The year after he graduated, Holzhauer participated in a fantasy league for the World Baseball Classic. This competition pitted the best baseball teams from around the world against each other. The pundits said the Dominican Republic and the United States were the favorites. Holzhauer disagreed. He bet on the Cubans to win and added thousands of dollars to his growing bankroll. He moved to Las Vegas permanently in 2008. He had an interest in two things: sportsbooks and game shows.

It’s All About the Game Shows

You could say Holzhauer’s second career is game shows. “Jeopardy” was his third appearance on a game show. He first appeared on “The Chase” in 2014. “The Chase” was a rapid-fire question-and-answer game. The object was to answer as many questions correctly as quickly as possible. Holzhauer managed to make it into the final round. He answered 19 questions correctly for his team and won a share of a $175,000 prize. His record of 19 questions was never broken as long as the game show was on the air.

Holzhauer’s next foray into the game show universe was on “500 Questions” in 2015. On this game show, the challenger had to replace the champion. However, the challenger could only do this if the champion missed three questions in a row. Holzhauer didn’t do as well here because the person he played against answered all the questions correctly. He went home without a pot. 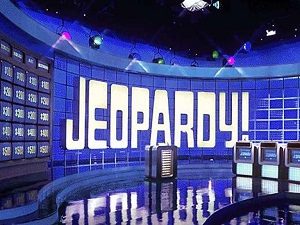 Holzhauer has said since he was a little boy, he has watched “Jeopardy.” The trivia game show has been popular in the United States for more than 30 years. On “Jeopardy,” contestants must give the correct question to the provided answer to pile up cash. The harder the question is to answer, the higher the amount a person wins. Holzhauer said his strategy has been to pick the questions with the highest amounts for a correct answer. This gives him more money to put on the Daily Doubles. With the Daily Doubles, players can bet all their winnings and receive double their money back. Using this strategy, Holzhauer has racked up some impressive numbers. As of early May, he had won nearly $1.7 million.

He holds the record for the most amount of money won in a single game at $131, 127. He is also the second highest winner to ever play “Jeopardy” behind Ken Jennings. Jennings won $2.5 million in 75 episodes back in 2004. Holzhauer has said he wants to break that streak as well.