After a decision by the Quebec Supreme Court in August to overturn a controversial law that allowed the government to restrict online gaming, the Quebec government has decided to appeal the judgment, because they say they are acting in the best interests of their citizens. However, many online gaming entities as well as telecommunications companies opposed the appeal, saying that the government’s only justification is not for the protection of its citizens but in the interests of the state-owned lottery system that has not had as much success as the other lottery offerings in Canada. The Attorney General of Quebec has filed a notice of appeal with the Supreme Court. 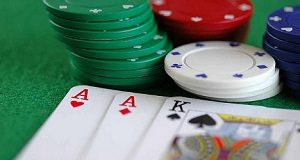 Canada allows many different types of gambling in the country, and it is governed by each province, rather than nationally by the Canadian government. The province of Quebec allows casino gaming, as well as First Nation casinos. Lottery gaming, both online and onsite, is allowed in the province as well. The province also allows sports betting, online and onsite, but it does not currently allow single sport betting.

Lawmakers in Quebec passed Bill 74 in May of 2016. The legislation that passed mandates internet service providers to block the public’s access to all unlicensed gaming sites. The bill applies to any sites that are not regulated by the Quebec government. The government initially stated that over 2,200 websites would be blocked, which might mean up to 8.2 million residents could not access those sites banned by the government. In addition, internet service providers who refused to block sites could be subject to a $76,000 fine for each offense.

One of the problems with the law, according to researchers, is that the province does not license any other lottery site except its own, which many experts say results in a monopoly for the Quebec lottery site.

However, Quebec legislators have said that they passed the bill in order to protect the public from the social ills associated with gambling. The province pointed out that not only did the unlicensed sites have the potential to cause gambling addiction and other criminal behavior in Quebec, but that the province was losing revenue from illegal gaming sites. It has been estimated by researchers that the province is losing millions of dollars in revenue.

Challenges to the View

However, the bill was challenged by the Canadian Wireless Telecommunications Association, because it argued that the ban would be expensive, and was not in line with Canada’s net neutrality. In addition, the companies argued that the ban on websites would not do any good, because many of the gaming websites are located offshore, and would not be affected by the ban.

The judge in the case sided with the Canadian telecommunications companies, and stated that the bill was not only against the best interests of the state, but was also a violation of the Canadian Radio-Television Commission Act, which argues against monopolies and for net neutrality. The judge also argued that trying to protect the public from something they might do or that might be in their best interest is no reason to pass a bill. The judge discussed that it was not the responsibility of the internet service providers to police the websites that are using their services.  Instead, they are required to act as messengers to provide a service to consumers.

The appeal of the judge’s ruling is expected to take a few months to be decided by the court. While the Quebec government has received calls to stop trying to limit access to gaming sites, the government has not wavered in their plans to appeal because they feel they are acting in the best interests of their constituents.