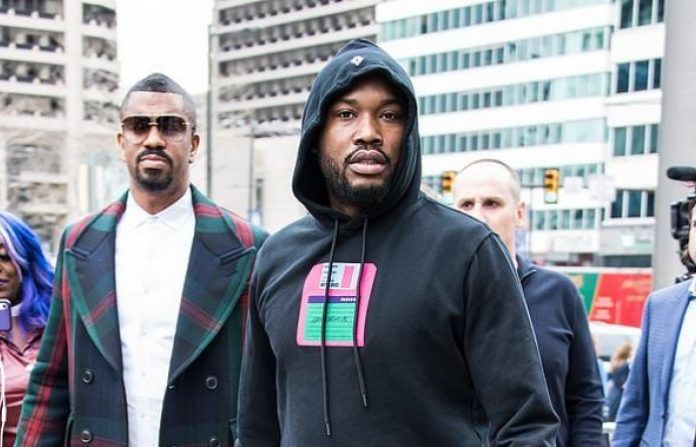 32-year old rapper and recording artist Meek Mill, faced alleged racial backlash at the Las Vegas-based Cosmopolitan Hotel and Casino on Saturday night. The incident occurred when he was entering the premises to watch a DJ Mustard show according to TMZ; however, upon arrival he was challenged by the venue’s security guards who apparently threatened to have him arrested if he attempted to try and access the show.

When Meek and his own group of security guards pressed for details over the refusal of his entry, they indicated that they had a record of him causing trouble when he visited the casino in the past – to which the rapper claimed was “impossible”.

The so-called trouble involved Meek getting into a physical argument with casino staff during a Jay-Z show a few years back, to which he denied and counteracted to say that he had only ever attended the casino once before with fellow artist Nicki Minaj. The security assistant then said that Meek would have to take it up with one of the casino’s superiors, citing how “This comes up from way higher than me.”

The rapper then took to social media to express his outrage and disgust – stating how racial profiling in Las Vegas had gone way too far and how “If you come from our culture you should never step foot in the cosmopolitan hotel they just really racist as hell,’ he wrote to his Twitter account.

“They telling black rappers they are banned from properties they own without incident … they just told me I was trespassing and I will be arrested I stepped in that hotel once at a jayz party without incident!” he added.

Mill, whose real name is Robert Rihmeek Williams then demanded immediate backup from his lawyers. Joe Tacopina was acting as Meek’s main representative and apparently spoke with one of the superiors at the Cosmopolitan Hotel and Casino following Saturday night’s incident. He claimed that a group of hotels in Las Vegas have all been trying to keep rappers away from their facilities, but did not report why.

Tacopina retorted with “They wouldn’t ban Vanilla Ice,” while Meek continued his angry tirade on Instagram to say how “Some of these casinos have a bunch of tactics to keep the level of blacks down …. but love to take our money!!!! This happens to a lot of black entertainers not just me either!!

“I felt crazy being put out by these white men for no reason!” he added.

Furthermore, TMZ managed to retrieve a letter from Tacopina to the Cosmopolitan Casino and Hotel after the incident on Saturday night, to which it said,

‘We have learned that the Cosmopolitan maintains a list of African American recording artists who should be denied access for no other reason than their culture and skin color. Such course of conduct constitutes discrimination per se, in violation of state and federal law, and exposes you to significant monetary damages,’ he wrote.

‘…we urge you to promptly issue an apology to Mr. Williams and grant him immediate access. In the event you fail to heed this one and only warning, we intend to pursue all legal recourse against you.’

Although Mills claimed to never have had any negative encounters of experiences with the casino in the past, he did have a few brushings with the law during his adolescent years. One of his legal miscarriages involved the possession of a firearm and assaulting a police officer when he was 18-years old, but to public knowledge – he’s faced no additional convictions since.