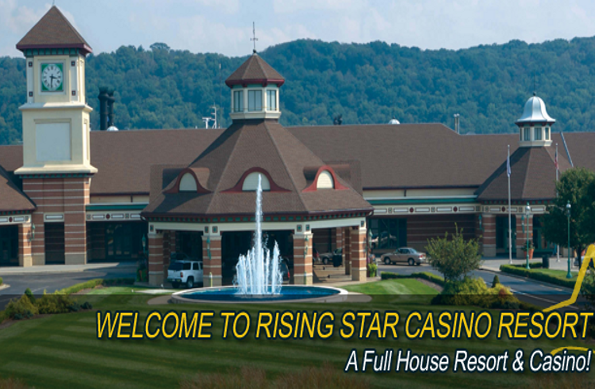 The ferry from Rabbit Hash to Rising Sun is about to open. The Rising Star Casino in Indiana wants to operate the ferry because it wants to make transportation more convenient for customers in northern Kentucky who would like to visit the Riverboat Casino. The plans were first made public around three years ago. 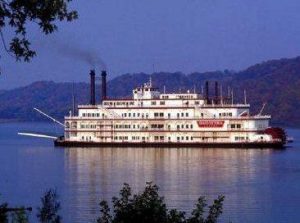 In 2015, there were reports an investment affiliate for the Rising Star Casino had acquired a waterfront property in northern Kentucky. The acquisition is part of the company’s ferry-boat strategy. It was working on additional purchases at the time, including a fully functional barge and tugboat. However, the U.S. Army Corps of Engineers hadn’t reviewed an application from the company regarding the appropriate permit.

The ferry service is not an unfamiliar concept between the towns of Rising Star and Rabbit Hash. There had been regular service beginning in the 1800s. However, the service ended in 1948 when some ferries were crushed by ice.

Dan Lee, CEO of Full House Resorts Inc., which is Rising Star Casino’s parent company, intends to compensate for the inconvenience of ferry transport by offering patrons with less expensive room rates. Apart from shuttling customers across the Ohio River, Lee’s strategy for the casino was to upgrade its restaurants. He also wanted to use effective marketing campaigns that will engage local visitors.

According to Brent Bascom, mayor of Rising Sun, “there will be voting within the city council regarding the approval of a license to operate for the said ferry boat.” The need for an approval was discovered when someone found a 1921 state code requiring the ferry operator to settle a $10 to $50 annual license fee. A surety bond amount between $500 to $2,000 is also required.

Bascom says Rising Star Casino will be charged an annual license fee of only $10 and a surety bond of only $500. The vote could take place as soon as May 3. Additionally, the required permit by another state law is expected to be awarded by Ohio County as early as May 7.

Getting Closer To Completion 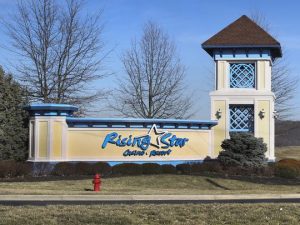 There is more great news regarding the ferry’s opening. A permit was already approved by the U.S. Army Corps of Engineers. According to Bascom, he learned this through an email that was sent from the office of U.S. Sen. Joe Donnelly (D-Indiana).

Bascom said, “It sounds like we’re getting really, really close.”

The Rising Star Casino hasn’t given an exact date for the ferry’s public opening. However, in a March news release regarding the fourth-quarter results of Full House Resorts Inc., Dan Lee, CEO, said: “the debut of the ferry would happen before the summer season starts.”

The Start of the Construction

Lee said, “We expect to receive the final permit from the Army Corps of Engineers in mid-March and will begin construction immediately on the roads and ramps along the Ohio River permitting ferry service between Rising Star and the populous and prosperous region of northern Kentucky, directly across the river. The ferry boat itself is comprised of a new push tug and barge. The tug is in a shipyard in Cincinnati and the barge is en route from a shipyard in Florida, where it was constructed. We hope to commence the ferry boat service prior to the peak summer season. We have also purchased and staged the materials to extensively refurbish the Rising Star pavilion during the upcoming second quarter, so visitors arriving on the new ferry will have a significantly enhanced arrival experience.”

The opening of the ferry will cut the one-hour commute, which starts in northern Kentucky, to only 20 minutes.