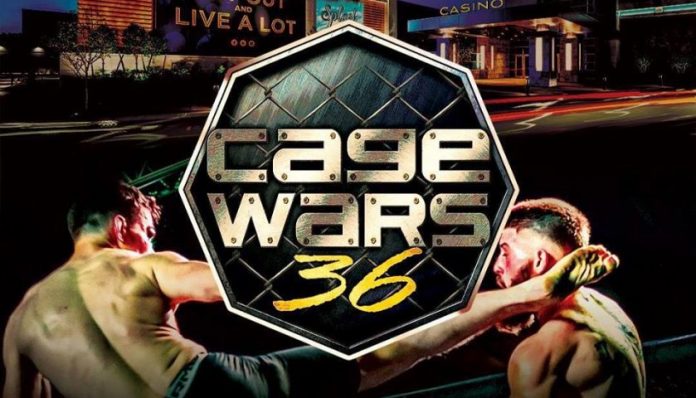 The first Cage Wars at Rivers Casino & Resort completely sold out two weeks before the event, surpassing the expectations of Tim Rankins, Cage Wars president and owner. Cage Wars was founded a decade ago and the event in early April was the first one held in a casino. Justin Moore, assistant general manager for Rivers Casino and Resort, said the fight card “sold out much faster than other events we’ve had in the past.” Past events included major musical and comedic acts, such as The Commodores and Frank Caliendo. Even their star quality did not pull as many spectators as that of Cage Wars, which was April 7.

Rivers Casino & Resort in Schenectady, N.Y., can hold about 1,000 patrons, so the number of tickets sold was kept at that number. Rankins says he could have sold even more tickets if the facility had more room. He said people continued to contact him asking for tickets up until the day of the event. This was after he has stated publicly the event was sold out. Rankins says this is merely the tip of the iceberg and he expects future events to be hugely successful as well. He says he would like to hold events at the location every eight weeks or so.

Chris Kern, vice president of Marketing for Rivers Casino & Resort, agreed with Rankins. He says the fact that tickets sold out proves that the casino is able to host different kinds of events, including fights. He went on to say that he is likely to give the show another shot because tickets sold out so quickly. The event’s card featured 18 amateur fights. Tickets were sold for between $40 and $75.

Come for The Fight. Enjoy A Little Gambling and Fine Dining, Too! 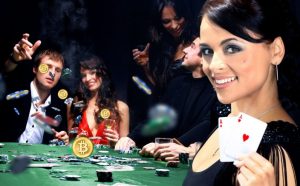 Kern says Rivers Casino & Resort offers customers a one-two punch in entertainment options. Patrons can attend the fights, do some gambling, and enjoy food and drink at one of the casino’s wonderful restaurants. Sound like a fun night out? Many people seem to think so.

Kern added that the fight attracted so many people to the resort, the fighters had to be moved from the Landing Hotel, which is connected to the casino, to the nearby Courtyard by Marriott in Mohawk Harbor. The fighters were relocated so the Landing Hotel would have enough capacity for guests who needed accommodations.

MMA was Good for The Local Economy 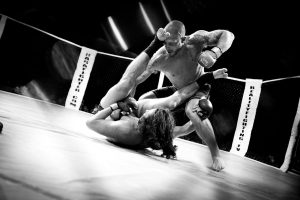 In 2016, the state of New York officially legalized Mixed Martial Arts (MMA). Assemblyman Angelo Santabarbara, D-Amsterdam, attended an event that was attended by the media and community leaders. He told the Daily Gazette, “Hundreds of new visitors coming to the Electric City on Saturday. That means a big win for tourism. That means it’s a boost for our local economy. These are the things we talked about when we were trying to pass the legislation in the state Assembly.” In light of Cage Wars’ recent success, Santabarbara expects that more events of this type will be held.

Professional MMA fighter Tommy Marcellino had kind words for the Rivers Casino & Resort. He said that the casino was totally on board and helped set up the event. Future events like this one will be held in the Event Center at the casino. On a typical evening, doors are expected to open around 6:30 p.m. and most fights will commence at 8 p.m. Even if the fights are sold out, interested parties are invited to watch the action online at www.cagewarsny.com. The live stream is only $9.99, and all the excitement is brought right into your living room.