Vladimir Putin, president of the Russian Federation, signed a bill a little over a year ago that is significantly impacting the country. The bill pertains to one of the largest banks in Russia and entails the prohibition of payments made to bookmakers from foreign countries.

According to Rambler, a Russian news website, Sberbank, which is state-owned, confirmed that it plans to comply with the law. The regulation forbids all payments to and from offshore gambling websites that have been blacklisted. The bank issued a statement regarding the bill, which is officially named Federal Law No. 244. Sberbank states that “payments by cards in favor of foreign institutions involved in the organization and conduct of gambling are prohibited.” The bank also stated that it will always follow Russian Federation laws and will not limit payments made by bank cards to gambling facilities in Russia. 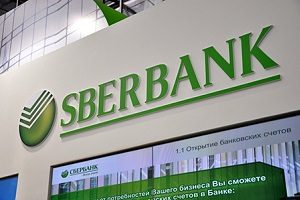 Putin signed the law in November 2017; the plan was intended to go into effect in May 2018. However, Law No. 244 became enforced in October 2018 once Sberbank issued its statement.

A number of players in Russian poker forums confirmed that Law No. 244 was indeed in effect when some of their transactions failed. Players received an SMS message saying “according to Federal Law No. 244, from 10/19/18, card payments are not available in favor of foreign institutions involved in the organization and conduct of gambling.”

Enforcement of the law, concerns offshore gambling operators that once serviced Russian citizens, but have now been blacklisted. The gambling operations that are controlled by Russia are still legally in effect. The list of blocked gambling sites include William Hill, PokerStars, party poker, Unibet, 888poker, and Bet365. There are also thousands more sites on the prohibited list.

In 2018 alone, PRO reports that Roskomnadzor, the telecommunications giant in Russia, has added over 76,000 domains to its blacklist. This is a 269% increase from the sites that were added to the list in 2017. Internet service providers in Russia are required by law to block all blacklisted sites. Banks are also required to block all transactions between the sites and Russian citizens.

Neteller and Skrill, which are international eWallets were not affected since the last time failed transactions were reported. These processors are not subject to Russian jurisdiction.  However, PRO also reports that Sberbank has blocked transactions on these sites as well. This is an indication that more banks will be affected by the prohibitions in the near future.

Crackdown By the Russian Government 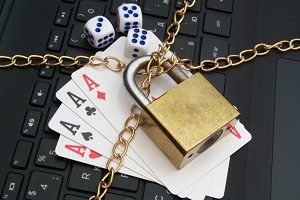 When citizens of Russia gamble offshore, the government is not able to tax the transactions. Rambler reports that about 70% of gamblers from Russia avoid taxes by using offshore sites for betting. This also means that the practice has presented illegal and unfair competition for Russian-approved gaming operators.

The foreign gaming operator ban is also fueling change with the sports betting market in Russia. In 2017, Russian regulators issued licenses for sports betting to gambling operators in other countries. Bwin became the first international gambling site that could legally take bets from Russian players. Bwin has partnered with Digital Betting, LLC in Russia to make this possible.

TSUPIS, a centralized system for payment processing in Russia is the way that all licensed gaming operators can issue and receive payments. All players who want to gamble legally  in Russia must have a TSUPIS account. Russian citizens will also have to pay taxes on all withdrawals made from the account, regardless of the amount of the winnings.

The strict gaming guidelines in Russia explain why so many players in the country are turning to offshore sites for gambling. The Russian government is now looking to change this. Russian legislators maintain that the ban is in the interest of the country’s business owners.