At one point in its history, gambling was popular in Russia. In fact, the Russian royal family enjoyed gambling for centuries. However, times have changed.

During the era of communism, the Russian government forbade its citizens to gamble. The fall of the Soviet Union led to a rush of illegal gaming. There were also calls to legalize as much gaming in the country as possible. The Russian government appears to be choosing to take a hard line on gambling instead.

At the request of the Russian government, a Russian telecom operator has blocked thousands of online gaming sites. Some of the sites were gaming sites that took in and paid out money. Other gaming sites allowed Russians to gamble for prizes instead of money. 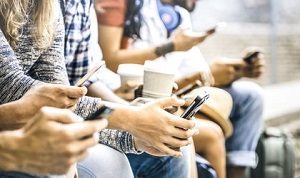 The Russian government began the crackdown against Internet sites two years ago. First, it began to try and regulate the Internet itself. It took down any sites that were critical of the government or President Vladimir Putin. In addition, the government sought to block sites that it believed were adding to the moral degradation of Russian citizens. This included music and books that the government perceived as detrimental to its citizens.

It is not only search engines and messaging applications that have a problem with the Russian government. Gamers are also having issues with the government. The Kremlin wants to block gamers from accessing and gambling on sites that it has not authorized. The largest telecom agency, Roskomnadzor, stated it will comply with government’s requests to filter out sites that do not have authorization. The telecom giant has blocked more than two dozen gaming sites. Some are of Russian origin and others are international operators.

Many well-known sites for gambling are now blocked for Russian customers. They include sites from Europe, Australia, and the United Kingdom. They are 888Poker, Betway, Bwin.party, JackpotCity, Ladbrokes, Marathon Bet, Pinnacle Sports, Titan Poker, PokerStars, William Hill, SportingBet, and Unibet. These sites represent some of the best-known and most profitable sites for poker and casino gaming in the world.

In addition, the government also took down several Russian sports-books, including Favbet, Fonbet, Liga Stavok, TrioBet, Vulkan-Bet, and 1xbet. Interestingly, many of these sites have disabled their main site that catered to Russian citizens. Instead, they created different domains in order to keep their businesses going.