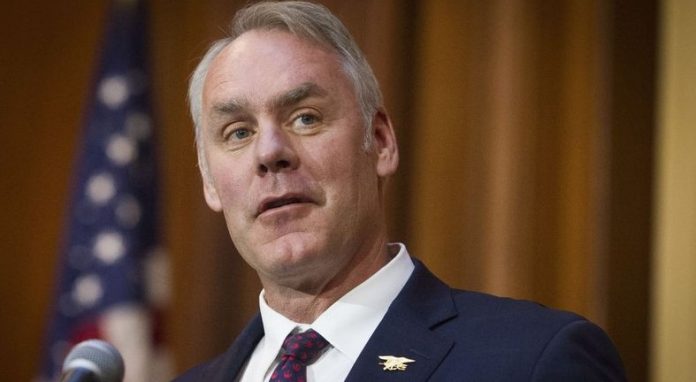 The former Secretary of the Interior, Ryan Zinke, originally bypassed the decision to allow both Mashantucket Pequot and the Mohegan tribes to build a long-awaited gambling facility in East Windsor, Connecticut, according to the Washington Post on Friday.

The tribe submitted a proposal to operate a commercial casino off reservation land back in 2017, which was tentatively signed off by two of Donald Trump’s appointees. The plan was for it to be located 12 miles away from one of MGM’s establishments, and in close proximity to another one of the competitor’s sites which hasn’t yet began construction.

Despite offering an exchange for 25% of all slot machine revenue generated each year, and already receiving approval from the state legislature – Zinke declined the proposal by the time it reached him. This also voided the next stage in the process which would require approval from the Interior Department’s Bureau of Indian Affairs.

After the first application was dismissed, officials at the Bureau advised the tribes to take an alternate approach, which would see them enter a joint partnership for operating a new casino. But Zinke refused the request again, telling The Post “I sided with a principle that I didn’t want to take a position on something that was off the reservation.”

Naturally both tribes felt displeased by the decision, and allege that the former interior secretary refused the proposal on the notion that he was facing political backlash and possible pressure from competing operators MGM Resorts International.

This provoked both native parties to file a lawsuit against the state, and also open an investigation into whether Zinke had received alleged improper influence from former Senator Dean Heller and Representative Mark Amodei.

Both men have accepted contributions from MGM International in the past, and MGM have also acted as the second-largest contributor to Heller’s company, giving him just over $57k between 2011 and 2016 according to the Center for Responsive Politics. These new facts have left many officials with raised eyebrows since the case was publicized.

MGM declined to comment on the situation, but were said to have strongly opposed the casino submission over how close it would be to their own establishment, which would give the tribes an “unfair economic advantage.”

The Decision Could be Down to Outside Influence

Now investigators at the Interior Department, believe that Zinke had lied to them throughout the duration of the enquiry, and the case was consequently referred to the Department of Justice.

According to the state and tribes’ attorneys, the original complaint which was submitted on September 15, 2017 was amended on Wednesday to say that Dean Heller had made a phone call to Zinke just hours before the final decision was due to be made, pressuring him not to approve the casino request.

Though he nor Zinke has been available for comment on the matter, last month Zinke told press that “investigators may not have liked my answers, but they were truthful.”

He was also voluntarily interviewed on 2 separate occasions over the circumstances, and was quoted by the Post as explaining how he had decided to resign at the start of the year. The investigations, on top of the “anger and hatred” from opposing parties, had created a heated and hostile atmosphere for him and department members.

Any kind of false statements made to officials are considered a serious offense, but prosecutors must prove that the person in question both “knowingly and willfully” lied, as opposed to misstating a fact or piece of information. Otherwise it can be extremely difficult to prove.

Prosecutors have asked witnesses (as well as Interior officials) what kind of advice was provided to the former Interior secretary ahead of the rejection of the tribes’ petition, but no details have yet been revealed.

In light of Zinke’s resignation, the tribes are said to be optimistic that the BIA will reconsider their proposal and finally prep it for sign off.