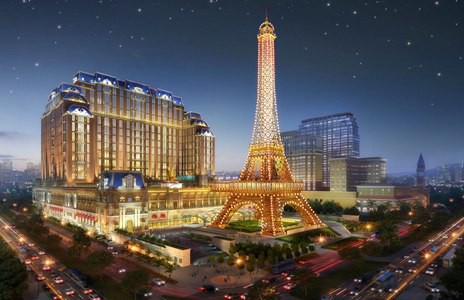 Many full-time employees of MGM China Holdings are set to receive a 5 percent pay increase every month beginning this March. 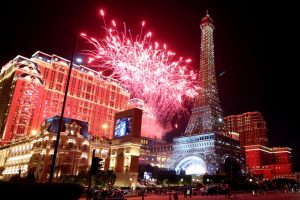 Sands China Limited announced that there will be a 5 percent increase for some full-time workers. The rise in pay, which will begin March, will be monthly and will apply to full-time staff members who are currently earning less than $1,490 a month. This will be a $74 increase for workers below the threshold. For those above it, they will receive a 2.5 percent pay increase. This applies to employees working at the Sands Macao, The Parisian Macao, The Plaza Macao, and the Sands Cotai Central locations.

On top of the monthly pay increase, employees will also be eligible to receive a bonus. The bonus will occur in February and those who are eligible will have worked at the company for at least a full 12 months. The bonus is set to be “equal to a month’s salary,” according to ggrasia.com. In a press release, Wilfred Wong Yin, president of Sands China, said the company was “pleased to announce a salary increase and discretionary bonus.” The bonus is a way to repay the employees for their hard work. Yin added it is for “valued team members in appreciation for their contributions.”

According to ggrasia.com, of the 28,000 staff members at the firm, 99 percent of them would receive the pay increase.

Last year, Sands China experienced a generous increase in revenue. With revenue having gone up by 15.7 percent year over year, Sands China earned $7.74 billion in 2017. Macau also saw a surge in revenue as profits increased by 31 percent. In comparison with 2016 revenue, which was $1.22 billion, Macau’s revenue made a leap to $1.60 billion in 2017.

Other changes have also occurred in Sands China. Las Vegas Sands Corp., which is the parent company of Sands China, is reportedly set to invest $1.1 billion into renovating the Cotai establishment. The renovations will include a change in the facility’s brand, which will mean the name will change. The Cotai Central will soon become The Londoner Macao. The reconstruction, however, will reportedly take place in various phases to not cause interruption or discomfort for resort-goers. The Las Vegas Sands said in a statement that renovations will “commence in 2018,” and “be phased to minimize disruption during the property’s peak periods.”

The new casino, according to ggrasia.com, will have a variety of features that are inspired by historical monuments in London. Sheldon Adelson, chief executive officer  and chairman, said in a statement the casino will “feature dynamic new attractions and features from London.” He added the establishment will also have an expanded retail mall and 350 luxurious suites.” Renovations are set to be complete by 2020.

While a lot of excitement surrounds the establishment’s facelift, there are a few doubts about decreased revenue. Nomura, a Japanese brokerage firm, expressed concern over the change. It is concerned it will spell trouble for Sands China because it may possibly lead to revenue making a drastic change for the worse. An analyst for the brokerage firm noted on ggrasia.com that “disruption in 2018 and 2019 could be higher than expected.”

He or she also added he or she thinks both outside and inside renovations to the building will also cause problems. “The outside issues are the beginning; the interior could be even more disruptive for guests.” If the new renovations don’t go as planned, things could very well go downhill for the new casino. Nomura analysts also note, years from now, the former Sands Cotai brand could “lose shares to newer more compelling products” and would be back in square one “three to five years from now.”