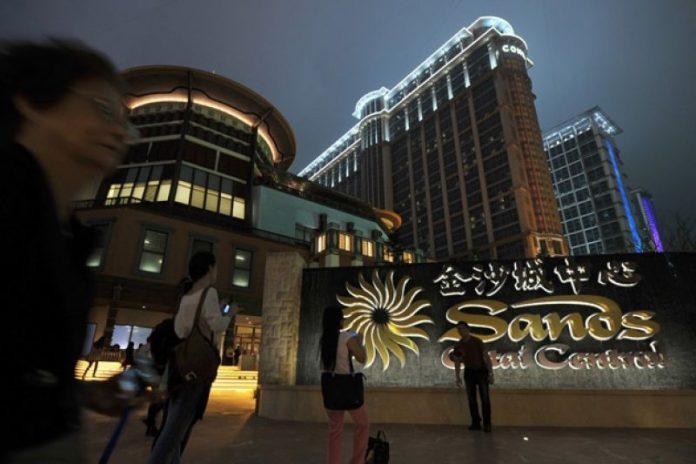 Rob Goldstein, President and Chief Operating Officer of Las Vegas Sands Corporation has said that the company, which is the majority shareholder in Sands China Ltd, is not concerned by the escalating U.S.-China trade war sparked by President Trump nor is it worried about the upcoming re-tendering process for casino licenses in Macau.

Speaking with analysts at the Sands third quarter earnings call, Goldstein said that Sands China was strong enough to ride out any potential risk in the years ahead and that its gambling license in Macau, which is up for renewal in 2022, is “not at risk.”

For the three months ending September 30, Sands China posted year-on-year net revenue growth of 13%, to pull in $2.15 billion for the quarter. Net income for the same period came in at $454 million, thanks in large part to better than expected results from the Sands Cotai Central and Venetian Macau.

When asked about the potential effects of the U.S.-China trade war on the Sands business interests in the region, Goldstein explained that “We’ve seen it all over the years. We’ve seen these restrictions, union pay issues, junket difficulties, border restrictions, the great recession – and we are in 2018 and we’re probably going to deliver over US$3 billion of EBITDA.

“And we keep growing. We keep reinvesting. We have a highly-diversified business which is number one in virtually every segment there, from EBITDA to mass revenue to premium mass revenue to slots, hotels. Our business is stable and strong. And we always believed and we still believe there’ll never be another market as powerful as Macau.”

With the company’s gambling license set to be up for re-tendering in 2022, ending its current 20-year concession agreement, Goldstein underscored the company’s optimism that the concessions would be renewed by pointing to the company’s plans to invest $2 billion in its properties on Cotai, signalling that Sands China feels it is on very firm ground.

Wynn Resorts, Galaxy Entertainment and Melco Resorts will also see their licenses expire the same year, with MGM and SJM’s licenses set to expire in 2020.

Gambling and the integrated casino resorts supporting it are the main revenue drivers in the former Portuguese enclave, responsible for over 50% of the local economy and 70% of all city tax revenues. With so much at stake, despite the rising tensions of the U.S.-China trade war, few except the city will rescind the gambling licenses of western casinos. 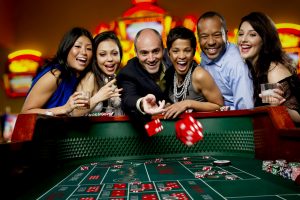 “We’re going to spend US$2 billion in the next couple years – if there is not a bigger vote of confidence than that, I don’t know what that is.

“I just don’t know what else we can do,” he said. “We run our business properly and we’re doing that. We’re doing it very, very well. And these numbers are indicative of a very strong business that’s diversified. It’s a very large footprint.

“And so, we talk about concessions and what we are expecting – all we can do is what we’re told and addressed by the government of Macau. They have asked us over the years to invest heavily in non-gaming assets. Well, we built 13,000 sleeping rooms. We built over two million square feet of retail mall. We built millions of square feet of MICE space. We basically we built an arena when people thought that was a crazy idea.”

In the works is a planned reconstruction of the Sands Cotai Central, which will be morphed into the Londoner Macau. At the same time, other Sands properties such as the St. Regis and Four Seasons will also get a substantial makeover.

“We’re big fans of China. We’re big fans of Macau. We’ve been wildly successful and our US$2 billion statement … to bring The Londoner to fruition and the Four Seasons and the St. Regis is proof positive,” Goldstein said in the call as reported by the Inside Asian Gaming media outlet.

“Actions speak louder than words. Those are our actions and that’s what we’re doing right now today in the third quarter of 2018. 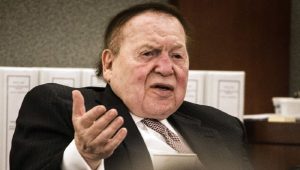 That said, analysts have pointed out that Las Vegas Sands Corporation, Sands China’s majority shareholder, could see soft power repercussions from Beijing due to the fact that Sheldon Adelson is the company’s chairman and CEO.

Billionaire tycoon Adelson is a close personal friend and staunch supporter of U.S. President Donald Trump and one of the single largest donors to the Republican party.

As the trade war escalates, it remains within the realm of possibility that Chinese President for life Xi Jinping could turn the screws on Sands China, blocking junket operators who bring in high rollers from mainland China, among other tactics, in an end around attempt to apply pressure on Trump.

Junket operators and the mainland whales they bring to Macau historically account for around 50% of the city’s gross gaming revenue. The last time Beijing cracked down on high rollers in an attempt to stem the flow of foreign currency abroad, Macau saw 22 straight months of declining revenues as a result.

As China’s economy slows and Beijing’s anti-corruption drive continues to see mainland gambling operators arrested and Macau junket operators under close scrutiny, applying pressure on Trump after the mid term elections by squeezing his key supporter’s assets in China, where Adelson has already invested billions in hopes of billions more, may well be in the cards.

As the single largest donor to the Republican party, kicking down $82 million to influence the 2016 elections and having given $25 million directly to the Trump campaign, Adelson is known to have the president’s ear.

Moreover, Trump already has a track record to taking steps to placate Adelson. Adelson, a committed supporter of Israel, was behind the lobbying efforts to move the U.S. Embassy in Israel to Jerusalem, withdrawal the U.S. from the Iran nuclear deal and have the ultra-conservative hawk John Bolton appointed national security advisor.

It’s fairly clear that if China wants Adelson to start feeling the pain, Trump will be forced to listen.