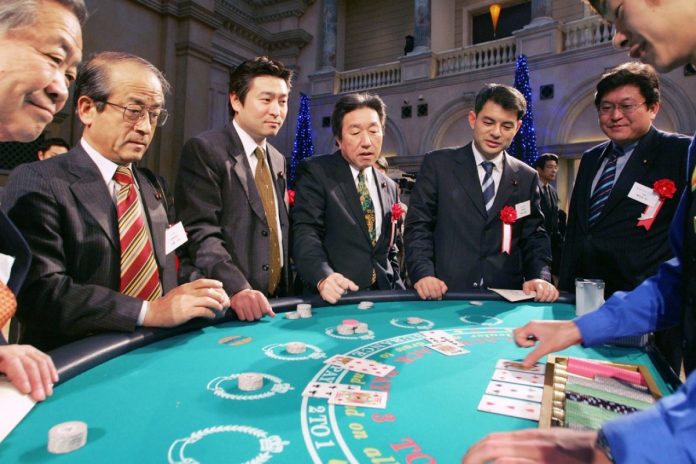 In the wake of recent news that Yokohama is now accepting casino development bids, Las Vegas Sands Corp. has abandoned its casino plans for Osaka in favor of Tokyo or Yokohama, Japan’s 2 largest cities. This paves the way for MGM Resorts to concentrate its efforts on Osaka as the site of its first IR casino in Japan.

After recent news of Yokohama’s interest in hosting a new casino, Sands shifted focus away from Osaka onto Yokohama or Tokyo for casino development. In the year since Japan opened the doors for legalized gambling, the bidding war has begun in earnest. Since Japan will only initially license 3 integrated resorts (IR) in the country, competition by international casino companies has been fierce. 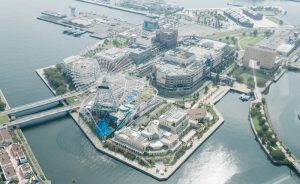 The leaders of Yokohama weren’t always in favor of hosting a casino, as public outcry over potential crime and gambling addiction loomed large. But in the end, money won the argument, as casinos are expected to generate $20 billion in revenue for Japan, and Yokohama would like a slice of that pie.

The bidding war is being fought by the usual international gambling generals, including Sands, MGM, Melco, and Wynn Resorts. Japanese city officials and casino CEOs are all scrambling to open the first IR in Japan to coincide with the 2020 Olympics in Tokyo. The major influx of international tourism ups the ante and promises additional gaming profits. However, the predictions of a 2020 casino opening are short-sighted.

Other Japanese Cities Up for Grabs

Several other Japanese cities are interested in hosting a casino, including Hokkaido, Kanagawa, Nagasaki, and Wakayama. While the top casino moguls wrestle for a piece of the larger cities, there is plenty of opportunity for casino development in smaller cities.

And Osaka is far from being left in the dust; MGM Resorts has declared an ‘Osaka-first’ strategy, and will concentrate its efforts on the city. Now that Sands has left the arena, the chances of MGM winning the Osaka bid have improved greatly. 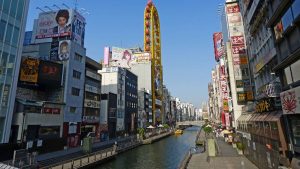 If Sands wins a Yokohama license, the new IR will be constructed on Yamashita Pier. Located 30 minutes from Tokyo, Yokohama is a prime location for casino development. Sands released a statement hours after Yokohama entered the casino license race. According to the statement, Sands CEO Sheldon Adelson wants to “target new development opportunities that allow us to maintain our industry-leading returns on invested capital — and we think an investment in Tokyo or Yokohama gives us the best opportunity to do exactly that.”

But the enthusiasm for a 2020 casino opening are unrealistic, and experts predict that the process may take several years. Global Market Advisors (GMA) predicts that the first Japanese IRs won’t open until 2026. Regardless of the huge interest in casino construction in Japan, the country’s lengthy licensing process will take much longer than anticipated. 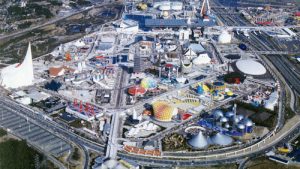 But in the end, the Japanese casino race is on, and all of the racers are waiting at the green light with engines revving. Go, Speed Racer, Go!

Drop the flag and start the race! How much bowing and scraping and tea ceremonies do we need? It’s starting to look like a carefully-planned seduction of billionaires, with the geisha teasing and applying all the coy looks and coquettish charm she can muster. Bidding wars up the prices.

Yokohama’s waffling looks staged. First they didn’t want a casino, then they did. Since when has any major government and its corporate puppet masters ever resisted the advances of a randy casino mogul? Maybe they’re just afraid of what happens when casino CEOs like Steve Wynn strap on the sake bottle. Hide the geishas! Sake Mofo is surfing in on the back of Godzilla! 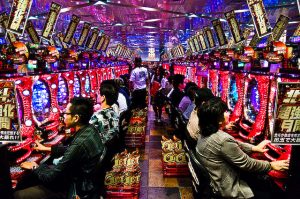 Or the Japanese government might just be playing it safe. Too much overdevelopment causes a wide range of side effects; chief among them, environmental issues and gambling addiction concerns. The all-you-can-eat sushi buffets might decimate the fishing industry. Then there’s the looming specter of organized crime. Without careful licensing, Japan could wind up just like Cambodia, which issued 163 casino licenses overnight—and ushered in the triads.

By allowing 3 licenses initially, slowly applied and regulated, maybe the Yakuza will stay out of the picture. But if the Yakuza does get the same grip on Japanese casinos as the Chinese triads have on Cambodian ones, there’s a bright side: Yakuza members sport much cooler tattoos. #inkmatters #tattoometoo.