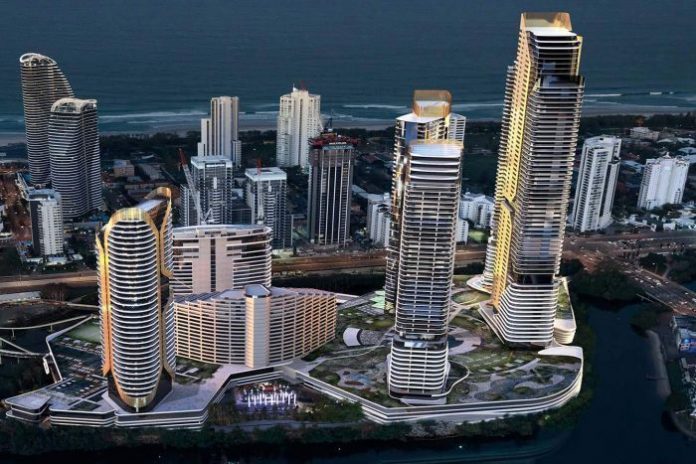 The Queensland Government is searching for a developer for a second casino to be built on the Gold Coast, in a bid for new job growth in the region. The announcement has its critics, who claim that additional casinos would only add to the risk of gambling addiction in an already casino-saturated market.

Tourism Minister Kate Jones said the new casino would involve a $1 billion development project that would create at least 6,000 new jobs in the Gold Coast region. Ms. Jones pointed out that this would not be just another casino resort. The developers would need to provide a comprehensive plan for the new facilities, which need to include a wide variety of entertainment options, concert venues, convention halls, and retail outlets.

“What we are saying is we’ll go to market and the market can come forward with what the sites they think stacks up,” Jones explained. The Queensland Government has already denied building plans for protected areas along the coast, including a popular surfing spot and an island park area in Southport. The Minister made it clear that she does not want Brisbane to decide what is built in the Gold Coast area, so opening the bidding to the free market is a better option.

Proposals for the new casino development are open until April. The so-called Global Tourism Hub will focus on entertainment in addition to casino gambling. Ms. Jones predicts that the new casino resort will bring an extra million new gaming tourists to the region each year.

The most vocal critics of the new Gold Coast casino project cite the negative effects of gambling on the community. According to Stephen Mayne from The Alliance for Gambling Reform, Queensland runs the second-highest gambling losses per person in Australia, at $1,000 per person. With the addition of a second Gold Coast casino, the total number of casinos in Queensland will rise to six. “They are turning it into a Nevada,” Mayne said.

He went on to claim that any jobs created by the gambling industry are built on human misery. While he claimed that gambling causes high suicide rates, family violence, fraud, imprisonment, and homelessness, he did not cite any statistics to back his concerns.

The criticism falls under the general umbrella of what is called NIMBY, or not in my back yard. Many people don’t have a problem with gambling in general, and some are even regular gamblers. But problems arise when the casino question gets a little too close to home. Critics claim that gambling is fundamentally destructive to a community in spite of all the revenue it generates. While they may not have a problem with gaming tourism in other cities and countries, it is a different question altogether when the mega-resort casino looms large over their back yard.

A Gold Coast Tourist Hub is In the Cards

Planning for resort tourism development in the Gold Coast area has been going on for years, and the main question at the moment is whether or not the region wants to become another Las Vegas. Queensland premier Annastacia Palaszczuk has made the official call for registrations of interest in the project.

To quell concerns of over-development in the gaming sector, Kate Jones announced a cap on the amount of space dedicated to gambling. “We will cap the gaming footprint of any new development at five per cent of gross floor area,” she said, adding that the project was similar to the Queen’s Wharf development project in Brisbane.