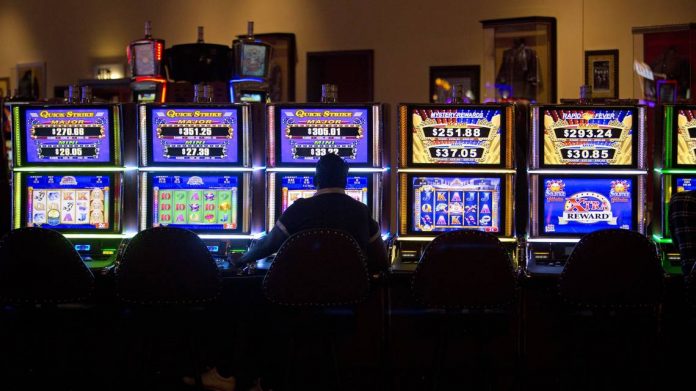 The Native American Seminole Tribe has vowed to stop all monthly payments to the state of Florida from Wednesday this week, after efforts to negotiate their rights for offering certain games was not met.

Gov. Ron DeSantis will be the one to receive Tuesday’s letter confirming the Tribe’s intentions; outlining the several year-long dispute over their rights to operate “banked” card games in their casinos.

The situation was exacerbated when the Tribe discovered that pari-mutuel venues such as horse and dog racing tracks in the state, were seen to be offering card games like blackjack, which only the Tribe is permitted to offer as part of their exclusive agreement.

Naturally the Seminole’s contested this, and a year ago the state promised to rectify the issue by “aggressively enforcing” the Tribe’s exclusive gambling rights, however, no course of action was discussed during the legislative session at the time and no agreement was made.

The Tribe also re-elected their chairman, Marcellus Osceola Jr. the day before issuing the correspondence. He issued the letter to DeSantis and will begin his 4-year term from June.

“The Tribe will follow its agreement with the State and suspend its revenue share payments until the illegal banked card game issue is resolved,” Osceola Jr. wrote in the letter. “The Tribe and the State have enjoyed a good relationship and we are hopeful that we will be able to reach an agreement that will strengthen that relationship for many years to come.”

The Seminole Tribe has been making monthly payments of around $19.5 million, and higher ones occasionally based on advanced payments. Collectively, and till now – their entire arrangement has seen the state receive over $2.3 billion in gaming revenue.

For their 2017-2018 fiscal year, annual revenue came in at almost $320.7 million; something which could pose a huge loss to the state if no negotiations are made to protect their exclusive gambling rights. That being said, the revenue has not been included in this year’s state budget of $91.1 billion.

Katie Betta has been a spokesperson for Senate President Bill Galvano and the worked deals between the state and the tribe for years. “The tribe made it clear that payments would end after session,” she wrote in an email.

“For this reason, President Galvano made the decision in March to take the payments from the tribe out of the budget. “

In this year’s legislative session, talks were held over the possibility of the Tribe having rights to provide sports betting, which would be known as a 31-year “compact” agreement for operating at jai-alai courts and Florida racetracks. DeSantis allegedly ran out of time for making a decision and no deals were ever made.

When he spoke to reporters after the session has ended, he said “It is a 31-year commitment to the state. There is no way I could have done that,” said DeSantis.

“The Senate leadership negotiated, which they have the right to do, but I’m the chief negotiator for the state so I’m going to look at ways we can get the best deal for Florida. I’d like to get an agreement and we’ll work on it and maybe we can get something done by the time they come back in September.”

The original dispute dates back to 2014, when issues were also inclusive of allowing slot machines and “designated players games” outside of state regulated places like Miami-Dade and Broward counties. Although payments haven’t been necessary since March this year, the Tribe has continued to pass on monthly earnings to the state because of its dependency on the economy.

The Tribe’s attorney, Barry Richard, said that stopping the payments has no relation to extending their existing contract but the violation of the Seminole’s rights to offer banked card games exclusively.

“The state doesn’t have to negotiate a new compact,” he told press. “They just have to stop the infringements. Pari-mutuels are blatant, even advertising these card games.”

The Tribe’s letter is expected to arrive at the Governor’s Office by close of play on Tuesday where it will be subject to further review.