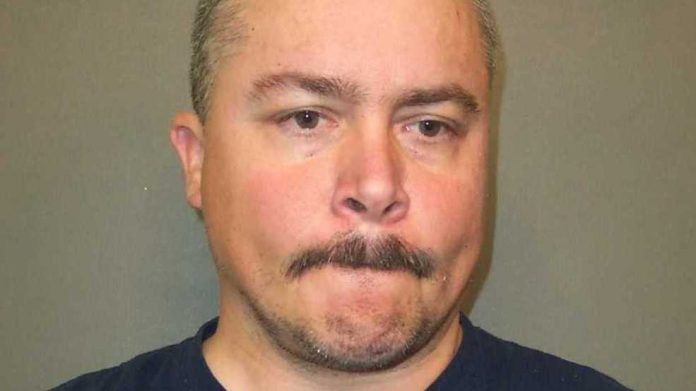 Based on information from a Metro Police warrant, the first time Anthony Wrobel shot his gun, it did not fire. The second shot, however, accidentally fired into the ground.

The warrant provides an understanding of what happened when two executives of the Venetian Casino at Sunset Park in Las Vegas were shot last weekend. Wrobel, 42, had been working for Venetian Casino as a table-games dealer for a long time, but eventually became resentful of the company. This prompted him to shoot executives Hector Rodriguez and Mia Banks. Banks was killed, while Rodriguez was wounded.

At 6 p.m. April 15, Wrobel went to a picnic, which was almost over. According to the police, Wrobel approached another employee and asked if the “bosses” were still around. He was then led to the area where Rodriguez and Banks were sitting.

The police said that before Wrobel pulled out his gun, he “approached Banks and Rodriguez and stood next to the picnic table.”

Also, according to the police, several people called 911. Some who saw the incident identified Wrobel as the shooter. Banks died at Sunrise Hospital Medical Center. That is the same hospital where Rodriquez was treated. Rodriguez informed the detectives that it was indeed Wrobel who shot them.

The Search for Wrobel

About seven minutes later, Wrobel was seen in surveillance cameras at McCarran International Airport as he was getting into his getaway car. By the time the authorities arrived, he had already fled.

Capt. Robert Plummer, head of the police department’s homicide unit, said Wrobel parked the Cadillac at the airport three days before the incident. The airport is close to the park where the shooting occurred. Wrobel opened fire on the victims at point-blank range. After that, the shooter went straight to the airport, left his Dodge Charger there, and then drove away in a silver 1998 Cadillac. According to the police, ammunition, a revolver, and magazines were discovered in the Charger.

The search for Wrobel was heightened when a warrant was issued by the FBI. The FBI believed the suspect had fled Las Vegas.

In a Texas rest stop, which was about 700 miles from the crime scene, Wrobel was found sleeping in the Cadillac while a sheriff’s deputy was running the vehicle’s plates. The officer immediately realized there had been a report about those plates being stolen.

According to the information given by Plummer, the officer called for backup, and when the deputies approached Wrobel, the suspect grabbed the gun next to him. However, he swiftly dropped it. Not long after, the deputies learned that the man they found was wanted for murder in Nevada.

Following Wrobel’s arrest on Tuesday, the Las Vegas police department was certain the suspect was in Cedar City, Utah. However, they were pinpointing where Wrobel was during the time between the shooting incident and the arrest, and where he could have been heading to.

Possible Reason Behind the Crime

Plummer said that collaboration, as well as “good old-fashioned police work,” solved the case. The Metro Police captain also uncovered the possible motive that prompted Wrobel to do the crime.
According to the police, when detectives searched Wrobel’s house, they found out it was mostly deserted. They also discovered a sheet of paper on a coffee table. They said that the writings on it expressed “the writer’s anger at Venetian Management.”

Plummer also said: “As we’ve seen too often in this country, this awful crime occurred because a disgruntled employee decided to take out his anger by using violence.”