A new documentary about sports betting will debut soon. The film comes courtesy of Showtime Sports Documentary Films. The documentary is divided into four parts, and will be aired in March 2019. The series will reveal the behind-the-scenes details of individuals who are major players in the sports betting industry.

The documentary is entitled “Action” and will give viewers more insight into the lives of handicappers, odds makers and gamblers. David Oancea aka Vegas Dave is one of the people featured in the documentary. In January 2019, Oancea pleaded guilty in federal court for unknowingly causing a casino in Vegas to violate its record-keeping policies.

More On the Docuseries

The four-part documentary ends by covering Super Bowl LIII. The game did not produce the hoped for ratings by the National Football Association. However, this Super Bowl proved to be the biggest day for gambling in the entire year, which meant sportsbooks were very pleased with the outcome. 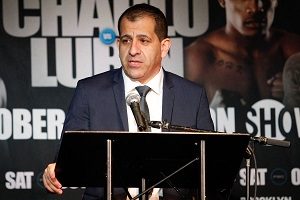 Stephen Espinoza, president of Showtime Sports and Event Programming states, “the world of sports gambling has fascinated Hollywood for decades. Through the lens of industry professionals and real-life gamblers within every virtual layer of the business – both legal and illegal – ‘Action’ delivers a one-of-a-kind look as sports gambling enters a brave new world.”

Espinoza’s “brave new world” reference is likely describing the changing gambling industry in the United States. Gambling is becoming more popular because of the Supreme Court’s decision to repeal PASPA, or the Professional and Amateur Sports Protection Act. The decision was made in May 2018. The U.S. Department of Justice also recently reversed a long-held stance on the U.S. Federal Wire Act.

The action takes an in-depth look at highly regarded odds makers like Jimmy Vaccaro and how these individuals run their businesses. Several sports celebrities also participated in the project, including Cousin Sal from Jimmy Kimmel Live and Brent Musburger. Cousin Sal, whose real name is Salvatore Iacono, is a sports show host and comedian who is actually Kimmel’s biological cousin.

The Influence ‘Action’ Could Have

The documentary could have a significant impact on the way people view those in the gambling industry. For example, if Showtime decides that it will only show handicappers in a positive way, it could help to make the gambling industry more appealing. However, if handicappers are painted in a negative light, high-profile casino executives like Sheldon Adelson will be motivated to continue their efforts to stop gambling expansion.

The History of Sports Gambling In the United States 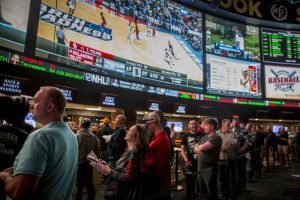 To get a better understanding of gambling legislation and laws and documentaries like “Action,” it is important to know how the country has changed in its stance on gambling. Gambling and sports betting have been common in the United States for quite some time, even though sports gambling were often against national and local regulations. The practice has been around for centuries now, since history indicates that people in the United States were gambling even before the Revolutionary War. There has long been a legislative tug of war between gamblers who want to try new games and activities like sports betting and gambling regulations.

During the mid-20th century when organized crime dominated the gambling market, there were little to no regulations on regulated and legal U.S. sportsbooks. Therefore, Congress took action and passed laws targeted toward the elimination of sports betting.

In recent years, there has been more of a push to make sports betting legal again in every state. This largely because Americans are especially eager to wager on their favorite games and athletes and do not want intervention from the federal government. Other forms of betting in the U.S. including casino games and playing the lottery, which helps to shape the gambling culture in the country.