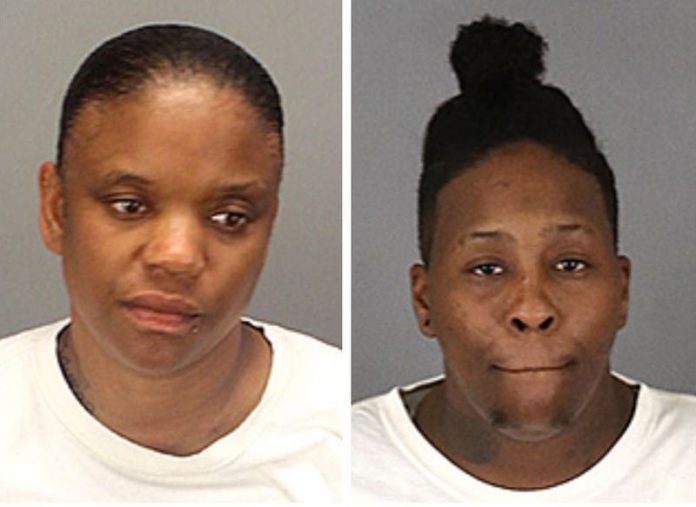 One of the 2 women who robbed and killed an elderly woman in the Pechanga Resort Casino in Temecula, California, was found to be related to NBA Clippers star Kawhi Leonard. The woman was identified as 35-year-old Kimesha Monae Williams, the sister of Leonard.

Williams, along with 39-year-old Candace Tai Townsel, followed 84-year-old Afaf Anis Assad into the casino restroom, where they cornered her, beat the woman down, and stole her purse. The elderly woman suffered a cracked skull and later died from her injuries. The 2 assailants were arrested and charged with robbery and murder.

The Price of Murder

Townsel and Williams murdered an elderly woman for approximately $800-$1200, the amount the victim had in her purse at the time. The assailants made off with the money before eventually being arrested. Ms. Assad was found unconscious from her injuries and taken to Inland Valley Medical Center in Wildomar. She later died from her injuries, and murder was added to the robbery charge.

Williams and Townsel were previously arrested in 2015 for stealing the wallet of a casino patron. In addition, Williams has also been previously convicted of petty theft, grand theft, grand theft auto, and attempted robbery. Detectives were able to act on leads to quickly bring the 2 women to justice.

According to the Press-Enterprise, Williams’ aunt, Denise Woodward, confirmed the relationship of Williams and Kawhi Leonard. The status of the relationship between Leonard and Williams is unknown, and Leonard has not commented on the matter.

Townsel was arrested and held under a $1 million bail. However, a Riverside County Sheriff’s investigator requested that bail be denied for Williams, due to the fact that her wealthy brother could easily post the $1 million bail. Investigators claimed they wanted to ensure her appearance in court, and to protect anyone else from further crimes.

Kawhi Leonard earned 2 MVP and NBA Defensive Player of the year awards, and led the Toronto Raptors to the NBA Championship last season. He earned over $80 million in his 8 seasons in the NBA, before moving to the LA Clippers to sign a 3-year, $103-million contract. 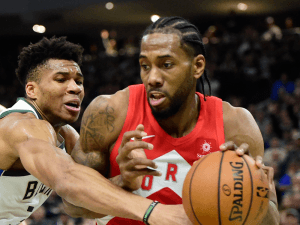 It’s sad that the only way the media would have reported on this murder/robbery is because one of the assailants was related to someone rich and famous. So what? Is Kawhi Leonard his sister’s keeper? Should he have distributed all his wealth equally to his family? How many new ‘family members’ would suddenly spring out of the woodwork?

The relationship between the NBA star and his sister are unknown, and maybe they haven’t spoken for years. Maybe she had a drug problem and her brother didn’t want to feed her addiction. Too many maybes, but this begs another question: doesn’t the casino have security?

Of course you can’t have cameras in bathrooms, but the infamous Eye in the Sky surely would pick up on 2 young women tailing an elderly lady into the bathroom. As this unfolds, we’ll probably hear the buck being passed, and someone or something being blamed.

Williams was once arrested for grand theft auto. Where would she get that idea? The GTA video games, may be to blame… GTA Online even has a casino – so it’s quite possible that Williams played the GTA game, went to the casino, then suddenly got the bright idea to do grand theft auto, robbery and murder in real life.

Because, sadly, that’s how we play the blame game in America. It’s never the gun, it’s a Marilyn Manson record or a violent video game.

Or here’s a radical thought: maybe America is just a violent, dangerous place full of rich people oppressing the poor into impossible situations, forcing them into desperate acts. But hey, nobody is blaming the NRA on this one, so rednecks can relax.

These women beat an elderly woman to death with their bare hands. For a few hundred bucks. And they happen to be related to an uber-wealthy athlete. If that doesn’t illustrate the inequality in America, nothing will.