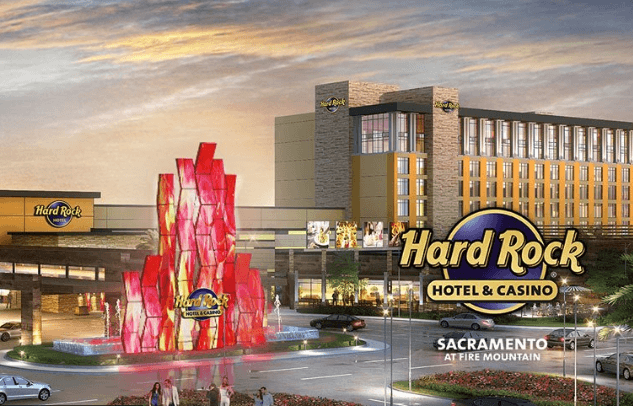 The government of Spain’s Catalan region granted a 3-month extension to Hard Rock International’s integrated resort project in the coastal city of Tarragona. This is the second time the government has had to extend HRI’s gaming license. Issues over land ownership have led to legal delays while Hard Rock tries to get its proposed Hard Rock Entertainment World project off the ground.

HRI was initially given permission in May 2018 to pursue a casino resort project in the Catalan region of Spain, but has faced repeated delays. Hard Rock has invested €5.5 million to date in order to secure its casino building rights, bu the €2 billion resort project has been stalled twice due to land ownership issues – among other things.

The proposed construction site lies on land currently owned by the development division of La Caixa bank. But the site’s previous owners claim that the Catalan government did not give them a fair price for their land, and are now taking legal action to obtain more money.

Hard Rock’s gaming license was already extended for six months, and that extension expired last week. The Spanish government has given HRI another extension – for more money, naturally. They also expect the casino giant to commit more funds to the project, but in light of all the current delays, HRI is reluctant to do so.

In addition to the legal issues surrounding the land ownership, several local environmental groups are putting pressure on the government to stop the casino project.

But HRI isn’t the only casino company to feel the bureaucratic burn. Las Vegas Sands (LVS) pulled out of a mega-resort in Madrid because the local government would not relax its indoor smoking policies. Several other international casino companies have tried to break ground in Spanish soil – but none have succeeded so far. 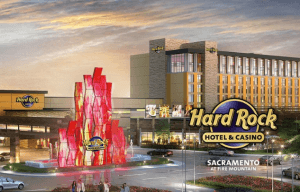 The Spanish government gave HRI three years to open the Hard Rock Entertainment World resort in the tourist area of Salou in Tarragona province. Hard Rock committed to an initial €700 million initial construction phase, and has already committed a large sum of money to the project.

The first phase of the resort would feature 100 gaming tables, 1,200 slots, 2 hotels with 1,100 rooms, retail shopping, swimming pool, and a theater with 15,000 seats. Located near the Barcelona airport, the new mega-resort casino will boost the regional economy to the tune of €1.3 billion per year.

That is, if the local bureaucrats can stop tripping over their red tape.