Online gambling appears to be a reality in Tennessee following the advancement of the gambling Bill presented in the House of Representatives. The Bill had initially faced a deadlock in the House as a result of a brief stalemate emanating from bipartisan differences by the members. It is an exciting time for gamblers in the state of TN, who are waiting and watching in anticipation of the events in the legislative House.

The legislation was sponsored in the House of Representatives by the D-Knoxville representative Rick Staples. Steve Dickerson, R-Nashville’s senator, sponsored the Senate version of the Bill. The billed, dubbed House Bill 1, made massive progress in the House as it received backing by 12 representatives, with five votings against the Bill. The voting enabled the Bill to advance to move a step closer to becoming legislation in TN.

The gambling bill has undergone several modifications from the initial legislation flaunted in the Senate. The original Bill gave room for gambling activities take place at both brick-and-motor online locations. The Bill was initially amended to limit online gambling when someone was within the state of TN.

The Bill has undergone several amendments in both the Senate and the House of Representatives. Some of the changes made include the following;

The amendments have all been made to bring out the best in gambling should the legislation be passed and signed into law. The restrictive measures are to put into managing revenue collected from gambling-related activities properly. The amendments also aim to limit access to gambling, prevent, or reduce instances of gambling addiction. 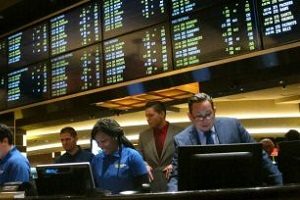 Those opposing the gambling bill have cited several incidents related to gambling as their reasons not to support gambling in TN. Some of the reasons given include gambling addiction as one of the main impediments to gambling. Several Representatives expressed gambling addiction fears, including Chris Todd of R-Humboldt and David Hawk, R-Greenville.

The fears of those opposing the gambling bill rise from previously reported cases of gambling addictions.

The Bill will go to the House Government Operations Committee for deliberations and broader consultations. The presentation to the committee will be a step closer to having the Bill drafted into law. The Senate will discuss the Senate version of the gambling bill in the Senate State and Local Government Committee.

Many people are waiting in anticipation even as the gambling bill makes progress both in the Senate and House of Representatives. Many people stand to gain from massive revenues collected from gambling-related activities should the bill pass through and signed into law. Despite the challenges and opposition, the Bill has received, owing to the recent progress; it appears that it will sail through and signed into law.