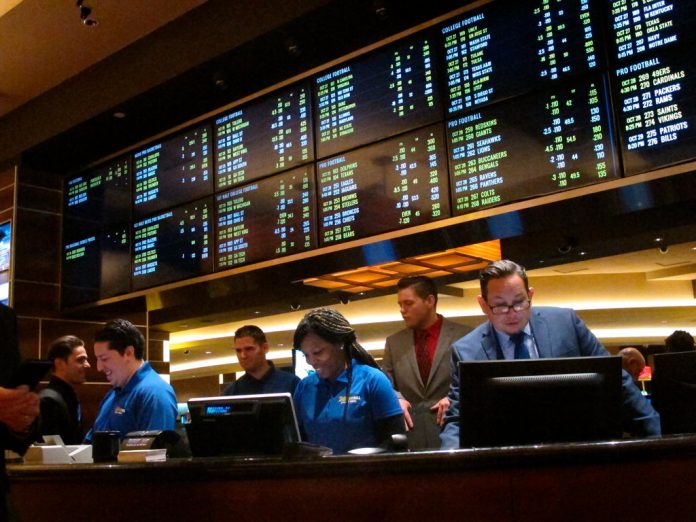 The state of New Jersey registered more revenue from sports betting in May than any other state in the country, even more than Nevada. 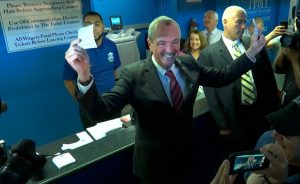 According to reports by gambling regulators in both Nevada and New Jersey, the latter saw gambling revenues of $318.9 million. Nevada on the other hand saw $317.4 million in revenue that month. From these betting revenues, racetracks and casinos in New Jersey saw $15.5 million in revenue. Nevada on the other hand saw $11.6 million. Revenue from table games, counter and card games fell by 19%. It was not all loss however as there was some reprieve in other areas. 1 cent machines saw revenue grow by 4% while there was a marginal fall in multi denomination slots, 0.5%.

Raymond Lesniak, the NJ state senator said he already saw this coming a long time ago. Lesniak led the state’s efforts to see the prohibition on sports betting in most states across the country removed. He noted that New Jersey is a sports betting hotbed stating that it would thwart Nevada and never look back.

Jay Kornegay says that there is a chance New Jersey could maintain this lead over Nevada. He said that it is only a matter of time and it is partly because it has a larger population. According to Kornegay, higher populated states will continue seeing more revenue than Nevada which has a population of 2.5 million. The population in New Jersey reaches 9 million, not counting people from neighbouring states.

Pennsylvania, which neighbours New Jersey to the west, is already offering sports betting including online betting. New York is also looking to get into the space but is currently grappling with legislation over online sports wagering. New Jersey’s dominance will likely be challenged by the growth of sports wagering in Pennsylvania and New York’s eventual entry.

This feat notwithstanding, Nevada still takes the cake as the go-to state for sports betting. Most gamblers still flock the state during major events such as the Super Bowl and the NCAA college tournament. This is something New Jersey is looking to imitate. Casinos in the state are investing millions towards physical sportsbooks to draw in traffic in the brick and mortar casinos. Within the past week, two Atlantic City casinos, the Borgata and Bally’s, have launched sportsbooks valued at over $20 million.

These expansions are taking place even though statistics show that most of New Jersey’s sports betting are online. The official data is 80%; a percentage which industry officials say will hit 90% in the next 5 to 10 years.