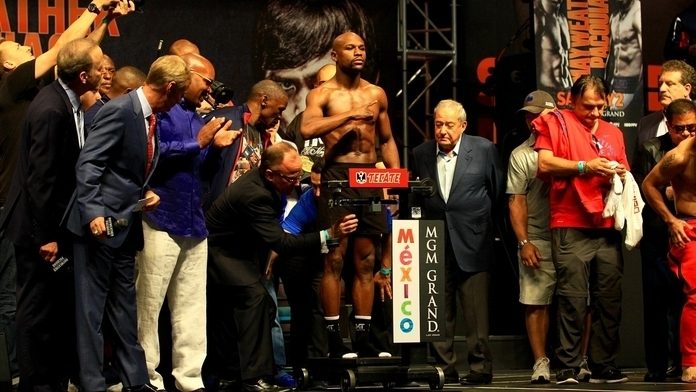 There seems to be some speculation about Floyd Mayweather returning but to the octagon, not the ring.

Dana White, UFC president, knows how to stir people’s imagination, and it seems that is precisely what he is doing — or at least, he’s trying.

It appears Mayweather, the undefeated pugilistic champion, may have been coerced into returning for one more fight. If he were able to fight, it would be the most expensive in history.

However, Mayweather says he has no desire to come back to fighting. He says these statements are nothing more than rumors.

Is he coming back?

If Mayweather came back, the numbers surrounding the fight, regarding gambling, would be astronomical. There would be no doubt that it would not only be a huge payday for Mayweather and McGregor but also for those who bet on it.

The last fight in which Mayweather fought earned him $500 million. Sporting fans and gamblers also saw a huge profit as well.

However, as previously stated, this is all still speculation. There has not been any evidence to suggest that Mayweather will fight again. What many fans and bettors don’t understand is this is a whole new area for Mayweather, and, as a result, there’s very little that can be done to get him to come back, especially if it’s not in his usual venue.

This is nothing more than a publicity stunt by White. The man is adept at fanning the flames of a battle between people. What makes this claim even more speculative is the fact Mayweather has denied he’s returning to fighting.

Mayweather is on record saying, “I never said I was going to fight in the UFC.” What he did say was that if he were to fight, he could fight in the octagon. Later, he said “would” and “could” are not the same thing.

Sporting fans and sports bettors are understandably disappointed by these revelations, but it makes sense.

The fight that could have been

White surely is a genius when it comes to publicity stunts. However, this may be more damaging to him than anything else. However, for some people, it is better to have bad publicity than no publicity.

A fight between Mayweather and McGregor in the octagon could have been a fascinating fight, and one can only imagine how profitable it would have been with sales and bets coming from around the world.

McGregor is already an amazing fighter inside the octagon and did a stellar job in the ring against Mayweather.

There are some who speculate if Mayweather were to fight in the octagon, then he may a difficult time.

One can only imagine the numbers that would come in from the betting alone. It would really break the bank.