Strange plays in football have caused significant confusion for sportsbooks recently. Some of the plays have even caused bettors to lose significant sums of money due to inadequate referee calls. Unfortunately, for bettors, the NFC Championship was no exception.

Chances are there are not many fans that have not viewed the play already, but Rams cornerback Nickell Robey-Coleman delivered a massive hit to Saints receiver Tommylee Lewis as Lewis was trying to catch a pass. A hit of this kind would usually be classified as pass interference. Later, the NFL admitted that the hit is also considered helmet-to-helmet, which is a penalty. However, the play was not called out by officials.

If a penalty had been called, the Saints would have had a first down, which would have concluded the game. However, since the officials did not make the call, the Rams had a chance to drive the field (which they did), which tied the game. The Rams ended up winning the game in overtime.

Sean Payton, the head coach for the Saints, later stated that the NFL admitted to him during a phone call that the play should have been one of two penalties. The controversy from this play is still resounding around the NFL and the country as gamblers and bookmaker attempt to understand what really happened.

First, PointsBet, a sportsbook based in New Jersey, recently announced that it would be issuing refunds to all gamblers who bet on the Saints. PointsBet made it clear that the refunds would be made in the form of bonus bets instead of cash payouts.

This is not the first time a sportsbook has had to refund bettors during the 2019 NFL playoff season. During the season’s first weekend, the Bears lost after kicker Cody Parkey attempted to win the game for his team by hitting the upright and crossbar bar before falling no good. This prompted FanDuel to refund the money line bets that gamblers placed on the Bear, since a “double doink” was so unlikely.

However, this is the first time a sportsbook in the United States refunded bets because of the actions of the game’s referees. While the NFL may have recently reversed their course and chosen not to release any statements concerning the call, it is generally accepted that a first down would have given the Saints the game.

The Legal Aspect of Things 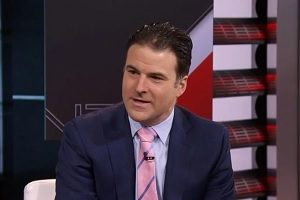 Darren Rovell from Action Network recently reported that he expected a class action lawsuit to be filed against the NFL. Rovell implied that the lawsuit would represent the bettors who lost money while wagering on the game.

In a series of tweets, starting January 21, Rovell stated:

Fully expect a class action lawsuit to be filed against the NFL in the next 24 hours because of people claiming losses from a bad call in Rams-Saints game. Do not know how convincing the claims will be, but have no doubt they will be made.

BREAKING: Attorney Frank D’Amico says he has filed a civil suit in New Orleans on behalf of Saints season ticket holders to make the right call and bring both teams back to replay the end of the game.

At the time of the tweets, it was not yet known whether a civil suit would be filed to represent bettors who lost money on the Saints game. The expectation is that there will be several suits filed by a number of parties in regards to the game’s result. More updates are expected in the near future.