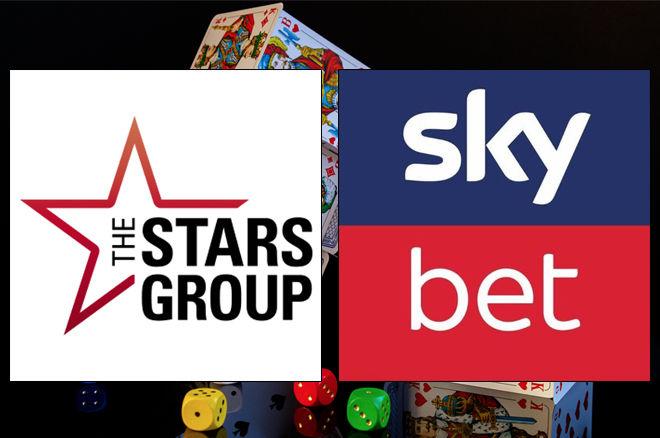 Toronto-based Canadian online gaming company The Stars Group has bought U.K.-based gambling company Sky Betting and Gaming (SBG) for £2.5 billion. With the purchase, The Stars Group has gained access to the core gambling market in the United Kingdom. This acquisition makes the company the largest in the world not only to offer online gaming but also be traded publicly on NASDAQ and the Toronto Stock Exchange.

Stars Group owns, produces, and offers multiple online gaming products and services, including casino, poker, and sportsbooks, through Stars Interactive, its online gaming division. The group is the owner of three top gaming brands: MEGASTACK live poker tournament; PokerStars Festival; and PokerStars Championship. The group also owns live poker rooms, called PokerStars Live, around the world, including at the Hippodrome Casino in London and City of Dreams in Manila.

Apparently, the fact Sky Bet was punished last year by the U.K.’s Gambling Commission didn’t weigh too heavily on the negotiations. The company was fined £1 million for allowing 736 potentially vulnerable customers to keep betting even after they had self-excluded. It sent promotional materials by text, e-mail or mobile app to 50,000 others who had also self-excluded. The self-excluded customers were allowed to open a new account, often using the same personal details previously registered with Sky Bet.

Speaking after the deal signing, Rafi Ashkenazi, The Stars Group CEO, said SBG would complement the company’s flagship PokerStars platform. SBG is an operator of a sportsbook that has one of the fastest growth rates, Ashkenazi said, and it’s one of the top gaming providers in the United Kingdom. The acquisition was a landmark moment for his company, he continued, and it will provide the company with a higher growth potential and greatly increase its ability to create winning moments for its customers.

In 2015, SBG had sold its majority stake in Sky Bet to CVC Capital Partners. The latter had recently hired an investment bank to explore an IPO offering, but it doesn’t look like that is going to happen. The Stars Group will probably not allow CVC go ahead with the plan.

Earlier this year, SBG had disclosed an unaudited revenue of a little more than £600 million and an unaudited adjusted EBITDA of just over £200 million for the fiscal year 2017. The EBITDA represented a compounded annual growth of about 50 percent per metric.

This is not the first time The Stars Group had set its sights on acquiring a British gaming company. In 2016, the group made a failed attempt to take control of SBG’s rival William Hill Plc, one of the world’s leading gaming and betting companies based in the United Kingdom. Had it succeeded, it would have given The Stars Group access to the core U.K. market.

Sky Betting & Gaming CEO Richard Flint said his company was delighted to become a part of The Stars Group. He said the last few years were fantastic for SBG. He thanked CVC and Sky Bet for their support in making SBG one of the leading online gaming operators in the United Kingdom. He added the transaction would allow to company to offer its best-in-class products to a global audience.

The deal is expected to be completed in the third quarter of 2018.