Sweden’s gambling laws are, to put it mildly, strange.  But according to the European Union, they are also illegal in the EU, which regulates commerce in the member nations. In Sweden, one company has a monopoly, but other companies outside Sweden have not only managed to get Swedish gamers interested online. But they have also been advertising in Sweden, even though online gaming is illegal in the country. However, with the passage of new gambling laws in Sweden, this “strange” era of gambling is going to end effective January 1, 2019.

The Current State of Gaming in Sweden 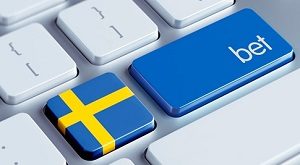 While there are no casinos in the state, there are plenty of gaming opportunities available in the country. Video poker is available at bars all over the country, and is a popular pastime. The lottery is also popular in the country, as is a version of the scratch-off tickets. By far however, the most popular form of gaming is online, probably because of the length and harshness of the winters.

All of the lottery games and online gaming is run by one company, Svenska Spel, which gives 50% of its revenues to the government in exchange for running a monopoly in the country. However, companies located out of the country, such as PokerStars, PartyPoker, 888 Bet and Unibet are operating in the country without a license, and without paying revenues into the Swedish government. Interestingly, these companies advertise on Swedish television without penalty from the government. It is estimated Swedes spend about $6 million gambling legally and double that on non-government sanctioned gambling online.

The Mandate from the EU

The European Union, in its efforts to regulate commerce in its member nations, told Sweden in 2014 that its gaming laws were not in compliance with other countries in the union. In particular, the EU told Sweden that it had to open its country to other countries who are interested in bringing online gaming variety into the country.

Because Sweden is so small, it is not really a major player on the gambling scene. However, the EU has bigger plans. The union is hoping to connect Sweden with larger gaming companies in France, Spain and Italy. The EU law states that if one online poker franchise is legal in one country, it is legal in all the countries in the union, which significantly increases the purchasing power and reach of gaming companies in the union. Other countries such as Belgium, Cyprus, the Czech Republic, Germany, Greece, Hungary, Lithuania, the Netherlands, Poland and Romania are also changing their laws to follow the European Union’s regulations.

How Sweden Will Handle New Companies

In order to do business with Sweden, online operators must agree to an 18% share of online revenue from gaming to go directly to the Swedish government. In addition, the government has mandated that while EU regulations allow players from other countries to play in Sweden using the same online gaming sites, Swedish gamers must be allowed to play within the international pool of players and not be segregated. The government has planned a license turnaround from 60-90 days, in order to be prepared for the gaming changeover on January 1.