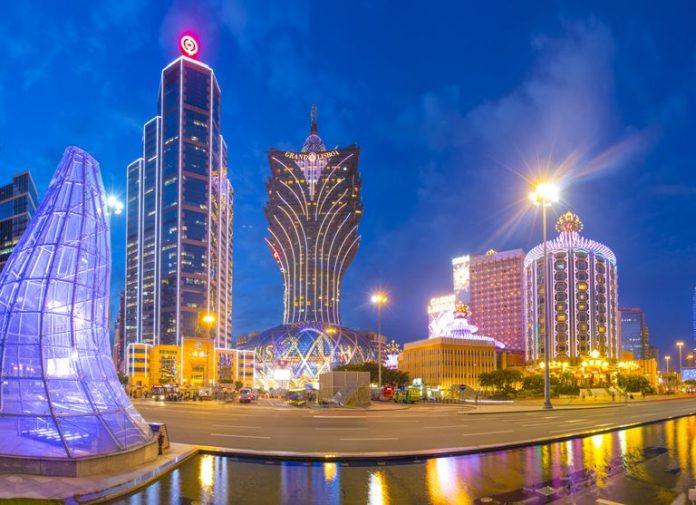 Macau casino operator Studio City International Holdings has succeeded in raising $359 million in an initial public offering (IPO) in the United States with 28.75 million shares selling at $12.50 each, coming in at the top of a projected $10.50 to $12.50 price range according to Bloomberg.

The successful IPO has been seen by many as a boost to Macau’s slowing casino gambling industry, which has been hit by Beijing’s anti-corruption drive scaring away mainland Chinese high rollers, the forced closure of casinos due to typhoon Mangkhut on one of the most important holiday weekends in September as well as the economic fallout from the escalating U.S. – China trade war.

Stock prices for Macau casinos have been taking a battering as of late, with the six largest Macau casinos seeing their collective share prices fall by 40% since June 2018.

Las Vegas Sands Corporation, the largest publicly traded casino company in terms of market capitalization operating in Macau, has seen its share price fall 17% so far this year, with MGM Resorts International down 16% and Wynn Resorts down a stunning 30%.

Clouds on the horizon for Macau

While monthly gross gaming revenues in Macau increased in the month of September, up 3% year-on-year, analysts have been painting a dark picture of future revenue growth in the former Portuguese enclave and gambling hub.

Almost a year after Macau was devastated by typhoon Hato,
typhoon Mangkhut battered the island in September,
compelling the government to force the closure of
all of the city’s casinos for 33 hours, 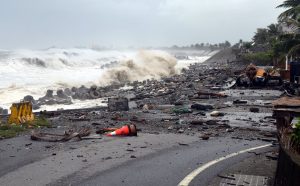 costing an estimated loss of $186 million.

China’s Golden Week national holiday, usually known to bring in the crowds to Macau’s casinos, was lacklustre at best. While the day preceding the holiday week saw 138,122 visitors, up a solid 51.8% year-on-year, the holiday party quickly fizzled out, with the following day drawing 135,852 visitors to the gambling mecca, a meagre 1.6% year-on-year increase, disappointing analysts.

According to government statistics, VIP growth, the bread and butter of most Macau casinos, has been steadily declining this year once again, coming in at 20.5% in the first quarter, 17.2% in the second quarter and 3.6% in the third quarter. The precipitous drop corresponds with the increasing number of high-profile arrests as China again turns up the heat on corruption.

Trump’s trade war with China is also likely to have direct effects for Macau.

“The risks for Sheldon Anderson’s Sands casinos are quite high.
It is quite possible that China will target his
casinos specifically because he is a [Donald] Trump crony,” 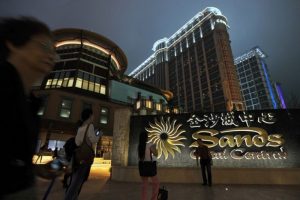 “It is possible they will ratchet up police surveillance of his Macau properties in order to spread fear among high rollers and even middle-class gamblers that they are being checked up on by the authorities. Or they could launch an audit of their books. Either way, a move could be viewed as having plausible deniability [if] the government cloaks it as a crackdown on corruption or tax evasion,”

American gaming scholar and visiting professor at the University of Macau Nelson Rose wrote, “The next time Trump insults the PRC, China’s leaders could react by re-imposing visa restrictions on Mainland travel to the U.S., and also to Macau. After all, the name Trump is associated with casinos. And two of his biggest supporters are Steve Wynn and Sheldon Adelson. When it comes to saving face, the PRC probably won’t buy the argument that the ‘Wynn’ on the side of casinos may now refer to Elaine rather than Steve.”

Wynn Resorts founder Steve Wynn was forced to step down as CEO earlier this year amid accusations of sexual misconduct.