As of now, gambling in Massachusetts hasn’t had a significant effect on the economic and social conditions of the state. This news comes as a result of recent findings from a University of Massachusetts Amherst research team.

The report concludes, “There is little evidence of marked socioeconomic changes to date in Massachusetts that can be attributed to gambling.” The report is part of a study being conducted long-term. The study is called the Social and Economic Impacts of Gambling in Massachusetts, and is state-contracted.

The report also explored the effects of Plainridge Park Casino. The facility is a slots parlor that opened in 2015 in Plainville. The most recent findings of the study don’t include the MGM Springfield, a resort casino that opened in August 2018. Details from MGM Springfield will be included in study updates.

Since the opening of Plainridge Park, there hasn’t been a notable change in the gambling problem around Plainville or in the state of Massachusetts. The report also revealed no huge changes in stress, substance abuse, health, stress or addictions that are linked to casino activity.

Overall, the crime rate hasn’t increased. However, credit card fraud has increased. There has also been more suspicious activity and lost property in Plainville. It is believed these crimes are because of the presence of Plainridge Park, according to the report. The report states, “These increases…are largely attributable to an increased volume of visitors to the area.”

Noise and traffic has also remained the same for the most part in the state of Massachusetts since casinos were introduced. However, in Plainville, traffic volume, as well as complaints about traffic volume has gone up in Plainville. Traffic volume has gone up in Everett as well. Around 1,500 construction workers are Encore casino site employees, according to the report. The Encore Boston Harbor Resort, which is worth $2.6 billion, is currently under construction. The facility will open its doors to the public in June.

For the studies that will be conducted in the future, the effects of Massachusetts resort casinos will be measured. Resort casinos are classified as establishments that offer several slot machines, as well as hotel accommodations, table games, and other appealing amenities.

What Officials Are Saying 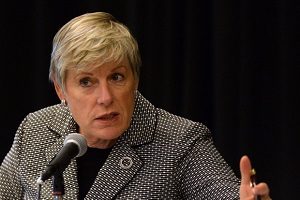 Concerning the report, interim chair of the Massachusetts Gaming Commission Gayle Cameron stated that the report “indicates that the economic benefits anticipated by the introduction of expanded gaming in Massachusetts have largely materialized in regards to Plainridge Park Casino.”

In her statement, Cameron also said, “of equal importance, the research suggests that concerns related to the potential for negative social impacts have not occurred.” Cameron continued by asserting, “This comprehensive report represents the first of many of the coming years as researchers continue an important deep-dive analysis of all the economic and social impacts of casinos on host communities, their surrounding communities, and across the Commonwealth.”

In October 2018, Plainridge Park made $31.5 million in slot machine revenue. This was similar to the facility’s October 2017 revenue, and was $1 million more than the casino made at the same time in 2016.

Plainridge Park is owned by Penn National Gaming. The casino pays 49 percent of its earnings to the state of Massachusetts. This has totaled to $271 million since Plainridge Park opened.

The History of Gambling in Massachusetts

Gambling was a fairly quiet practice in Massachusetts for over 300 years. The main activities included pari-mutuel horse racing and a lottery, which served as entertainment for citizens. Things changed significantly for the state in 2011. This was the year a new law was signed to permit three casinos and a slots parlor to be built in Massachusetts.

For years, Massachusetts residents travel to nearby Connecticut to visit casinos like Mohegan Sun and Foxwoods. So, state casinos were welcomed. The statutes of gambling had long had a broad definition in the state, so gamers are glad to finally enjoy their favorite slots and table games without having to travel far.