Tatts Group, which has holdings in wagers, lotteries, and gaming, saw its net profits fall sharply in the second quarter. This is because of the costs it accrued when Tabcorp Holdings acquired it. Tabcorp is one of the largest gaming companies in the world.

Tatt’s Group does not have a monopoly on lottery games in Australia and New Zealand. However, it is very close to one. Tatts Group has a near monopoly on lotteries in Australia. The company has lotteries in seven states, including Victoria, Tasmania, the Northern Territory, Queensland, and the Australian Capital Territory. Under one umbrella company, “The Lott,” Tatts is an all-in-one place for lotteries, both on-site and online.

In addition to a near monopoly on the lottery, Tatts Group has bet shops in several states. It also operates an online betting site, called UBET. In addition, the company has gaming machines that it owns and services. In other words, the group has a finger in nearly every part of Australia’s gaming industry. 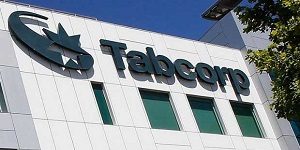 Tabcorp Holdings acquired Tatts Group. Tabcorp is a large sports betting corporation and has two large sports bet pools in Victoria and New South Wales. The company also has nearly 3,000 bet shops in Victoria and New South Wales. It also has customers who can bet online, with an app or via pay TV. The company also owns millions of electronic gaming machines. In addition, Tabcorp operates nearly 3,000 keno machines. Through its media stations, the company promotes horse racing and advertises for its other sportsbooks. Tabcorp purchased Tatts earlier this spring, and the two companies are still working on merging their holdings and assets.

Tatt’s revenue for its June 30 end of year was up marginally (3.6 percent) to $2 billion. The majority of the company’s earnings came from its lotteries, which saw a 5 percent increase, up to $1.5 billion. The company reported it had a favorable increase because of the large jackpots in early 2018. This resulted in additional spending by consumers on lottery tickets.

The company has rolled out new lottery products online and has generated a lot of buzz with its new offerings. As a result, it saw the benefit in its digital sales, which were up nearly 30 percent. The lottery business currently sits at nearly 3 million online customers. The company ramped up its digital point-of-sale displays at 1,000 outlets at the beginning of the year as well. New game offerings allow for more frequent lottery prizes and bigger jackpots, which is helping to drive up sales.

Experts expect the company’s outlook to improve. The company has made an agreement with the state of Victoria that allows it to offer lotteries on-site and online. The agreement began on July 1. The revenue for the new lottery offering should be high.

Tatts’ lottery division appears to be strong. However, the company is struggling with wagering in its sportsbooks, especially the horse racing category. Online wagering was stronger, however, with a successful World Cup offering, and new ways to wager. The wagering will improve because of Tabcorp’s experience with sports betting. It also knows how to maximize the sports bets across the board, both at betting shops and online. For example, Tabcorp has plans to launch a new app for cash betting before the end of the calendar year.

The new company will be one of the largest companies in Australia. It will take advantage of both Tatts’ lottery experience and Tabcorp’s sports wagering experience. In addition, Tatts brings a game servicing wing to Tabcorp. Before its purchase of Tatts, Tabcorp had to contract outside the company for machine repairs.