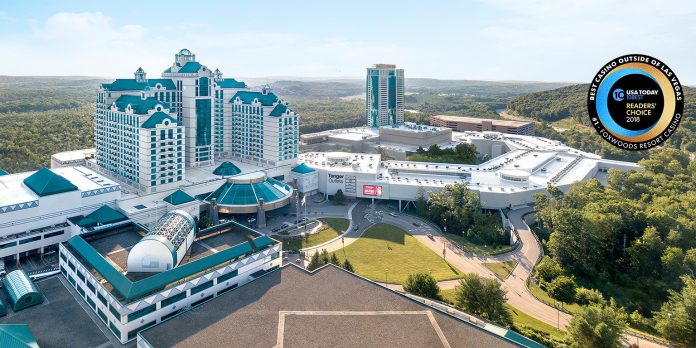 Foxwoods Casino is continuing to move into stadium gambling with an expansion of its existing stadium gaming play. Through its partnership with Interblock, which manufactures electronic table games, the casino will have 85 stadium gaming seats.

What Is Stadium Gambling? 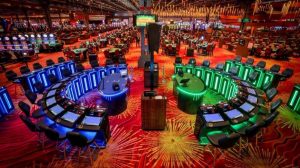 Stadium gambling combines the fast play of traditional table games and electronic gaming, which is popular with younger players. During stadium gaming, players can play blackjack, roulette, poker or baccarat. The stadium gaming outcomes for players are not dealer-based. Random number generators make the decisions instead. This means that stadium gaming can guarantee player equity.

Players have criticized electronic gambling for years because it is slow-paced, and they found it boring. However, stadium gambling is different. It is fast-paced. The atmosphere is also exciting because the play is live. Stadium gaming allows gamers to play in a stadium atmosphere with stadium seating. Players choose which game they want to play. They can choose to have a live dealer or play against a computer. Both players and spectators can watch the action on large screens or at their terminals. They place bets at their stadium seats.

Players love stadium gaming because the action is fast and so are the payouts. Many stadium gaming setups allow multiple players to bet on the outcome of a single game. Stadium gaming has been compared with eSports sites, which allow for multiplayer participation. Stadium gaming also has lower betting limits and is less intimidating than traditional setups. Experts say that stadium gambling is the wave of the future.

Foxwoods Casino opened as a bingo hall on Mashantucket Pequot tribal land in 1986. Over the last 30 years, the casino has grown into a 9 million-square-foot facility with more than 2,200 rooms. The resort features 250 gaming tables and 5,500 slot machines. Foxwoods also has several restaurants and a mall with 85 stores. In addition, the casino has a well-known poker room, which hosts poker tournaments. Foxwoods is the largest casino in Connecticut and the second-largest casino in the United States.

Interblock has been manufacturing luxury multiplayer gambling devices for casinos since 1997. The company began as a point-of-service provider and scanner service for businesses. The company, founded in Slovenia, does business in more than 160 locations around the world.

Both Interblock and Foxwoods have been working together for about four years. The first part of their partnership was the Pulse Arena or the Play Arena. The Pulse Arena allows players to play several games in stadium seating with large screens. Players had a choice between live gaming with a dealer or computer gaming. The space also had room for social interactions and tournaments. It was a huge success for Foxwoods. The venture was so successful, the partners decided to build two other stadium venues in the casino.

The two new Diamond Dealer stadiums at Foxwoods will be within the Rainmaker Casino and the Fox Tower Casino. One of the stadiums has 30 seats, and the other has 24. There are live dealer tables. The dealers deal multi-hand blackjack and man roulette wheels. All the dealer tables have cameras. That way both players and spectators can view the games on big screens and their viewing screens.

Foxwoods is hoping for continuing success. It wants the success of its first stadium venue to lead to the success of its two newest venues. Because the competition along the Eastern Seaboard is growing more competitive, Foxwoods is going to need an edge. If the two newest stadium gaming venues are a success, the casino hasn’t ruled out expanding them.