Tennessee is one of the most restrictive gambling states in the country. The state has no horse racing tracks. No one is gambling at a casino in Tennessee. There are not any bingo parlors in the state either. The only gambling allowed in the state is the lottery, which supports education programs. Tennessee citizens argue that gambling is a sin, and they do not want that kind of money in the state.

However, over the last decade, casinos on the Tennessee state line have been doing brisk business. A lot of Tennessee citizens cross the Mississippi River or head to North Carolina to gamble. Increasingly, in the Volunteer State, people have been agitating for the state to allow gambling. The going has been tough, however. Several casino bills have made it to either the House or the Senate. However, once there, legislative committees either stall them or the legislators vote them down.

This legislative session, however, there are three possible gambling bills that legislators will vote on. One bill has progressed through the House Department and Agencies Subcommittee. Two others languish in the bowels of the General Assembly. Experts say legislators tabled the other two bills because of pressure from the governor, who has expressed doubts about gambling.

What the Gambling Bills Would Allow

State Representative Larry Miller is the sponsor of two gambling measures being considered this year. Miller, from Nashville, is a longtime proponent of gambling. One of the bills Miller sponsored, HB 130, would propose an amendment to Tennessee’s constitution that would allow casino gambling. If approved, the legislature would have the power to authorize casinos in the state. Miller’s other bill, HB 142, would authorize the state comptroller to do an impact study. The study would determine how much money Tennessee is losing to other states that allow gambling.

Miller said HB 130 did not have a chance to pass this year because the governor did not support it. He plans to reintroduce the bill, but he needs to have broader support. 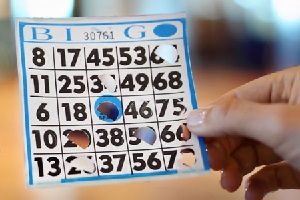 Another bill sponsored by Bruce Griffey from Paris, Tenn., would have allowed charitable bingo in the state. HB 102 would have given charities the right to hold bingo games. That bill did not make it out of the House Department and Agencies Subcommittee. The subcommittee members said they turned down the bill because bingo has a tragic history in the state. In 1989, the Secretary of State, Gentry Crowell, was under investigation for bad dealings with charity bingo. Because of irregularities in fund-raising and fraudulent charity bingo games, the FBI began an investigation of Crowell. Crowell, who had a long history in Tennessee politics, was to appear before a federal grand jury. However, he committed suicide rather than testify.

One gambling bill still has some life in the legislative session. HB 1 received the go-ahead in the Department and Agencies Subcommittee. The bill allows local cities the option to create sportsbooks in their communities. The proceeds from the gambling revenue would go directly to vocational and technical schools. HB 1 has support in the House and the Senate, but there is no guarantee that it will become a law. The bill also has some support in the public. Many people feel the state underfunds vocational and technical schools, so they could use the money. Gambling legislation watchdogs believe none of the bills is going to become a law this session. If that’s true, Tennessee is going against the tide of gambling laws in the United States.